Can science be compared with religion? 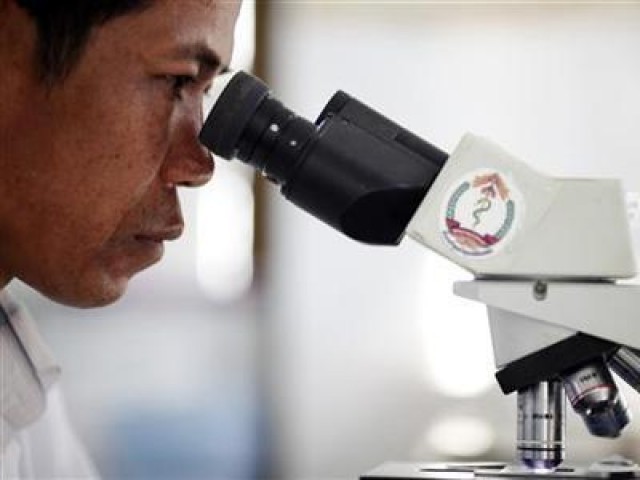 In reality, all scientific laws or theories are not equally strong and conclusive as is normally perceived. PHOTO: REUTERS

If one doesn’t know how to evaluate evidence or determine if a conclusion lies beyond the scope of any given evidence and if one cannot judge the strength of a theory, he is like a young child who should not play with fire. If he does, he may burn his hands – in this metaphor, his beliefs.

So religious scholars are right when they prevent us from playing with science which questions beliefs.

Some people say that science and religion can never be compared. Religion would boast to “know everything” even if it is wrong and would undermine the understanding of science, while science will strike down religious scriptures with a theory that will be refuted by science itself a decade later. It is apparently paradoxical to find a relationship between the two.

But it is more paradoxical if we keep two contrasting claimants of truth together without letting one challenge the other.
The three constraints of the problem are:

If we underestimate scientific theories, we may end up verifying a false religion

In this article I will try to introduce the rational analysis I have designed to explore the spiritual world, to find a conjecture between science and the religion and yet remain unbiased. The analysis is based on a key idea as explained below:

If you think science is conclusive or deductive (like 2 + 2 = 4), then allow me to take you into a different universe.

The idea of mechanical universe shattered when quantum mechanics unfolded its interpretations. Theories presented by Einstein have been modified and corrected. The Universality of Causality, which could be the premise of scientific thinking, has crumbled. Thoughts about phases of embryology have been proven wrong. And this keeps happening – and will always happen – as scientists discover more facts.

The purpose of the above description is not meant to undermine science; it is to explain that in reality, all scientific laws or theories are not equally strong and conclusive as is normally perceived. Scientific method includes systematic observation, measurement and experiment, and the formulation, testing, and modification of hypotheses.

But many scientific theories skip one or more of the above perquisites. The lesser the room or resources for evidence or experimentation, the lesser scientific the less scientific the theory. Sometimes theories are hardly scientific and are mere speculation. (Not referring to the Theory of Evolution which is strong).

There are several strengths of this analysis:

1) This way you do not discard religious scripture because of a weak scientific theory (which may be discarded by science itself in a few decades!)

3) You do not tweak scientific theories – you take them as presented by mainstream scientists.

4) The most interesting thing is that this analysis is a means of logical deduction.

But there are limitations of this analysis:

1) The face value or strength of scientific theories is decided by humans (mainstream scientists) and is open to human bias.

2) The religious scripture must claim to be the pure words of God, that is not paraphrased.

3) The analysis relies heavily on science. What if something terribly wrong is going on in the scientific world?(Although it is least likely).

We are now in a safer position to evaluate a relationship between religion and science.  But beware! If you underestimated a strong scientific theory, you may end up verifying a false religion, and if you overestimated weak scientific theories you may even reject the words of God. Moreover, if you misinterpreted a theory, or perceived the plausibility (or convincing power) of the theory rather than the strength of scientific support to the theory, you may end up ruining the analysis.

This analysis is expected to work as Prophet Moses’ stick which converted into a giant serpent and ate up all the magicians’ sticks that posed as snakes . The weak scientific theories are the same snakes, as scientists themselves admit, many theories are based on speculation and invented reality.

Note: This article deals with comparing science with religious scripture, rather than proving the existence of God. The author believes God does (almost) everything through factors and will not show directly to science, but through a keyhole – religious scripture.

The writer is pursuing Chartered Accountancy.He enjoys writing and painting.