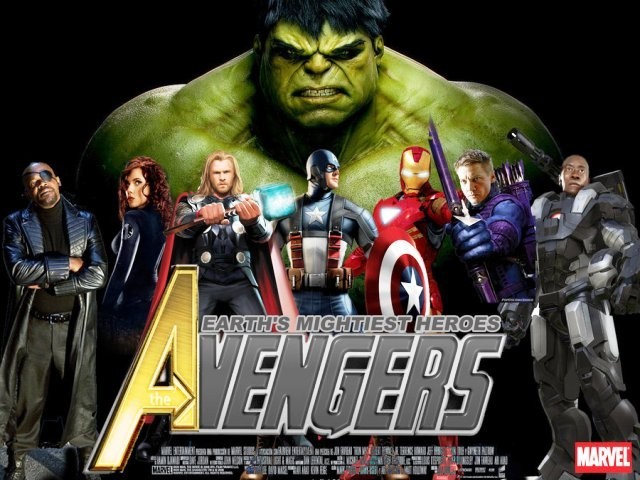 This really isn’t the sort of movie that makes a huge impact; it isn't exactly what you would call 'motivational'. PHOTO: PUBLICITY

So there it came to an end, whatever excitement I had felt towards watching The Avengers. Don’t get me wrong; I liked it a lot, I actually loved it and will watch it again when I’m in the mood.

Perhaps my issue stems from the fact that I didn’t enjoy it as much as I had expected; I had very high expectations. Plus, most of you might not agree with me, but this really isn’t the sort of movie that makes a huge impact. It isn’t exactly what you would call ‘motivational’.

Where do I start?

I guess direction is a good place to begin with.

I’m a huge fan of Joss Whedon, and I definitely do admire most of his work to date: Buffy the Vampire Slayer, Dollhouse, Dr. Horrible’s Sing-Along Blog, Firefly, Serenity, and Titan AE. All of these represent Whedon’s incredible direction skills. And I could actually see a reflection of him in parts of the movie and it was great.

Character development is a talent that Whedon has mastered, but unfortunately, much as I tried, I didn’t see his skills this time around.

Understandably, the rules are different when directing a movie in comparison to a television series – you have the entire story that needs to be wrapped up within about three hours in a movie, whereas you can build the characters through different episodes in a TV series.

The Hulk, also known as Dr Bruce Banner, is probably one character that went through a major change. Through most of the movie, the Hulk remained a beast – an uncontrollable beast.

And then suddenly when the time came, Bruce Banner miraculously mastered the act of controlling his actions and emotions. This surprised me greatly; when did The Hulk learn to control his actions? How did that happen exactly?

Moving on, we had agent Phil Coulson’s death which represented an episode that somewhat brought together all the heroes, yet his death came without much feeling.

This is not something that every guy would openly admit to, but I’m the sort of person that can get attached to a character really quickly. I get all emotional and teary-eyed during a well done tragic scene and death. Given that Joss Whedon is one of the few directors who does tragedy like no other, somehow this one just fell flat – no lump in the throat, and no tears in the eyes.

Pepper Potts calling Phil by his first name, him carrying Captain America’s vintage cards, etc; perhaps these tidbits were supposed to show us how all of them related to the agent’s death in one way or the other, but I just didn’t feel it.

And then the aliens; Loki spent most of the movie talking about a giant army – his ultimate destruction plan. Imagine my surprise and the anti-climax when the army,  finally coming into play, was easily decimated by the heroes.

Apart from the lazy worm-like ships and aliens continuously flying into buildings, it didn’t seem like they presented much of a threat other than the ones with the guns who were just as easily thwarted.

For an army that was to be the world’s worst problem, it turned out to be quite a joke and thus didn’t have much of an impact.

At least throughout the final battle some humour was employed to make it enjoyable. Scenes such as The Hulk punching Thor in the face after they kicked some villainous backsides, just because he could, Loki being thrown around like a doll after he declares to be a god and not someone that can be thrown around, and others were welcomed by the entire audience.

People are still calling this the most anticipated movie of the year and more.

I believe that this statement is a gross exaggeration – The Dark Knight Rises anyone?

If you like superhero movies, like me, and are into the whole comic scene, then don’t miss this one. But honestly, if you ask me, Chronicle did more for me than The Avengers did. Chronicle was brilliant, had superb character development, and provided an exciting fight between two of its main characters that probably surpassed the fights in The Avengers by far.

Overall the experience was enjoyable. Not excellent, but definitely good.

The author works as Software Engineer and tweets @msalmank