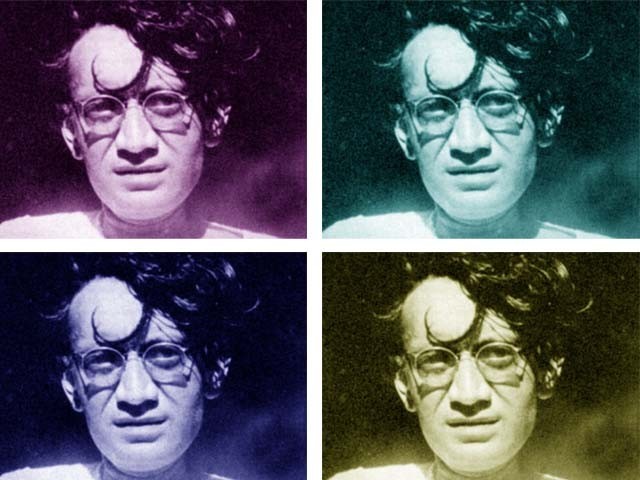 Sufi mystics would agree with him wholeheartedly, asserting that God and the devil both reside within us. DESIGN: SIDRAH MOIZ

My first ‘experience’ of Manto’s work was with his short story ‘Khol Do’ – a deceptively simple tale set in the turmoil of pre-partition Pakistan that artfully depicts the horrors that ensued from and during mass migration.

I use the word ‘experience’, rather than encounter or stumble upon, because there is absolutely no way that you chance upon Manto’s work as one does a pebble in the path, kick it aside and calmly move on. Any human being that feels simply cannot be unmoved by Manto’s work. Akin to the brazen persona that Manto possessed, he consequently inspired either deep revulsion and hatred, or sheer marvel and awe at the literary genius that he was. Like any maestro of any medium of the arts, you can love him or hate him, but you cannot be indifferent to him.

I will never forget how the narrative of ‘Khol Do’, merely a few pages, builds up gradually to a point of crescendo, which also serves as the culmination of the tale, in these two little words ‘khol’ and ‘do’. What lends these words breathtaking horror is the action of the main character – also a very simple, most ordinary gesture, of compliance to the words ‘khol do’. But in these two words, Manto sums up the journey of the character and makes a strong commentary of what this character must have endured.

The genius lies in how he lets the human imagination fill the blanks, join the dots and make that connection. It sent shivers down my spine, to the point that I physically shuddered and was emotionally shattered. But Manto didn’t create a scene of horror for me, he merely coaxed and egged my imagination to go where he wanted to take me – his reader – to do his work for him almost effortlessly as letting loose a spool of yarn.

And it’s not just ‘Khol Do’ – he employs the same technique for a similar subject in ‘Thanda Gosht’. The purpose in both (and in fact all his stories) is to show how low human kind can sink without creating the obvious hero versus villain dynamic. Sufi mystics would agree with him wholeheartedly, asserting that God and the devil both reside within us and that ordinary humans like you and I can surprise one with one’s capacity and penchant for villainy. There is an ugliness in us all that we try to deny or curb with social etiquette and careful societal upbringing, but that artifice and veneer can scratch and shatter when put under pressure.

Perhaps that is why, the establishment of Manto’s time and the conservatives among us even today shriek outrageously, for the mirror he holds up to us hits a nerve far closer than our jugular. How many of us can take Manto’s following statement not as a personal affront but a sign that it’s time to change,

If you find my stories dirty, the society you are living is dirty. With my stories, I expose only truth.

The truth, as you and I know too well, is a bitter pill to swallow. So with a 100 years of celebrating Manto, what begs to be asked is if the ugliness in human nature has dissipated even a tad bit; or are those demons that we wish we could exorcise still lurking within the folds of our souls?

Hani Taha is a journalist by profession who fervently reports on popular culture, depicting a softer image of her country. She tweets @taha_hani.

You think you look hot? Ask the guys!

Fashion: Guys vs the Guru

Beware: Your knight in shining armour might be out to get you!

Are journalists allowed to be pampered?