We were always obsessed with Aishwarya’s weight 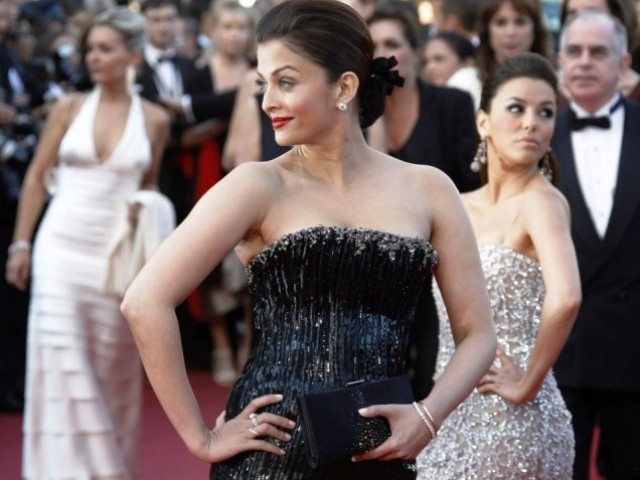 This media hype concerning celebrities’ appearance is far from new, and similar attacks have been made on male actors too. PHOTO: REUTERS/FILE

Ever since Aishwarya Rai-Bachan appeared in public having retained some of her pregnancy weight, the internet has been ablaze with unflattering and intrusive comments for the actress:

Aishwarya shocks us with her double chin.

These are just some of the remarks floating around about the former Miss World.

The web is inundated with such news about the extra pounds this glamour goddess has put on. For a quick preview of the sort of thing circulating on the web, watch the video below:

Amongst all this criticism, NDTV journalist Barkha Dutt tweeted a different perspective:

Utterly gross & sexist commentary in sections of the media on Aishwarya Rai Bachchan. Makes me sick with anger at how we deconstruct women

Many asking how it’s sexist if women are the ones remarking on Aishwarya. My answer: Some women are sexist just as some men are Feminists

Mean scrutiny on Aishwarya makes me think about false constructs of beauty. Now its about the Emaciated woman instead of an Emancipated one

In my opinion, however, while media coverage might be infringing on Aishwarya’s privacy, it is far from sexist. Aishwarya is a former beauty queen and is often hailed as the most beautiful woman in the world. She has always conformed to the weight standards dictated by media gurus and molded by public opinion – which is borderline anorexic.

Why should we look at the earlier commentary on her weight as acceptable if mentioning her pregnancy weight now makes us “sexist”?

The talented and intelligent Aishwarya has often been described as merely “beautiful”. Please recall that she is a former beauty queen. One can even go as far as to say that she has built her fame on a sort of beauty that conformed to the weight standards that society has dictated. If she is no longer the same, is it unfair to comment?

Are beauty pageants that disqualify women when they are overweight, short, married or pregnant a good example for gender rights activists? If objectifying women is a concern for feminists the world over, my question is, is the model on the billboard or ramp not being objectified?

Most of Aishwarya’s movies were commercial flicks that utilised her charm for publicity, and much of her achievement is sadly a consequence of her extraordinary attractiveness.

Bollywood’s mainstream actresses have to do item numbers, wear revealing outfits, and perform ‘bold’ scenes simply for their movies to sell. This skin show seems to have become acceptable but it does come with its consequences.

If super thin actresses are ‘sexy’, why is declaring a fat actress as ‘unappealing’ an issue? Doesn’t this reek of double standards? If we want to get rid of the latter, doesn’t it make sense to first get rid of the former?

Barkha Dutt retorted to my arguments:

Firstly, Dutt confused sexuality with gender issues. Secondly, it is not just the male gaze that detects body fat as unattractive. Thirdly, Aishwarya isn’t disempowered by her body fat. Can fat people not be powerful?

In fact, she is a perfect example of someone gaining wealth, influence and fame through her physical appeal and hard work. There is a reason why Mamata Bannerjee, Lata Mangeshkar or Kiran Bedi don’t get scrutinised for their sinking sex appeal. Even actresses like Konkona Sen, Shabana Azmi and Nandita Das are free of such scrutiny.

@BDUTT @ammaratiger seen so many ppl post that article about Ash lately that I find it despicable how obsessed we are about her weight???

@AmmaraTiger @bdutt yes but does not mean that she should be flogged if she’s taken some time off to be a normal person & enjoy her child.

This media hype concerning celebrities’ appearance is far from new, and similar attacks have been made on male actors too; Salman Khan’s receding hairline, Aamir Khan’s forehead botox, Himesh Reshammiya’s reported hair transplant and so on are all examples of how people have attacked the appearance of those in the limelight. But sadly it is usually women who suffer harsher critique.

A predatory media assault recently was unleashed upon Manisha Koirala a few months back.  The A-list star of the 90s, with thorny relationships and protracted alcoholism, was seen drunk in unbecoming attire after a party. No sympathetic nudge came from the so-called feminists then, perhaps because post-natal weight is common, whereas an ugly, drunken stupor isn’t.

Aishwariya’s chubbiness has strung a sensitive chord among empathetic (read chubby) mothers. Her’s may not just be pregnancy weight as she has been gradually gaining weight over the last few months.

While public opinion should be no hurdle in Aishwariya’s ascent to being a super mom, this recent attention she is getting isn’t due to motherhood, but rather due to super stardom. Aishwariya’s weight and looks have always been a big part of her career – why should critics stay silent now?

The editor of Viewpoint Online. She enjoys blogging and tweets @ammarawrites (twitter.com/ammarawrites)

What would you do if your brother was abducted?

Ladies, the Tehelka sexual assault victim is one we should all learn from