Diary of a book lover 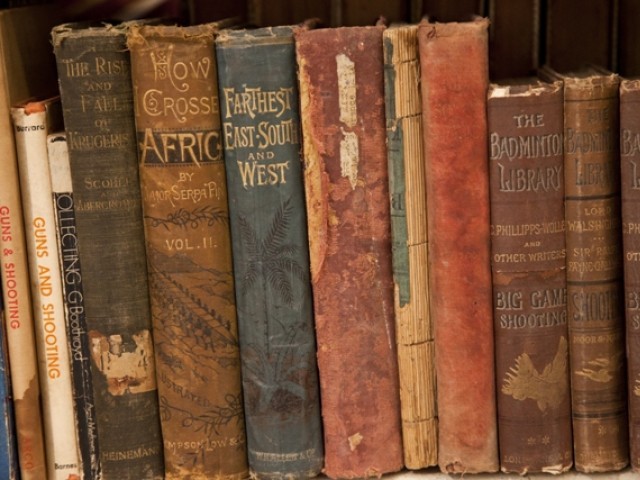 The power books wield is grossly underestimated; it’s not just an avenue of entertainment, but a time portal. PHOTO: MYRA IQBAL/EXPRESS

I almost stole a book once, from a library in Rawalpindi. It was a beautiful copy of Dombey and Son; I’ve never seen one like it again, with paper almost silk to the touch. I had kept a track of the book for months – it was never issued, except by me. It won’t be missed, I thought, and the theft will only come to surface when the yearly audit happens. Who knows where I’d be by that time? I held the book for a long time, justifying my action and finally walked out, without the book.

It was my first and last attempt. Do I regret it? Well, I have mixed feelings, but if I speak in all honesty, I do. And please don’t start on the ‘others-will-read-it-too’ lecture because I am sure it’s still at the bottom of the shelf, dust gathering on those silken pages.

People hardly read Dickens (in this part of the world) and most of the ones who do, usually read the more popular titles. A case in point is yours truly, who read Bleak House 10 years after first reading Dickens only to realise that this was his best book.

The memory of the unsuccessful theft came a few days back when I was dusting my shelf and took out my rather boring copy of Dombey and Son. Of course, when it comes to books, looks hardly matter.

Yet over the years, I have managed to accumulate numerous copies of the same book, owing to the cover, and at times, the cover alone.

Mostly I am a sucker for first editions and sometimes, one finds these gems lying under a pile of dusty books in old book bazaars (markets). It is hard to describe the rush of joy one experiences on finding such rare treasures – open display of joyful feelings is best left for later if you desire a good (read lowest) price.

Among the many gems in my small library is a copy of The Brothers Karamazov (first edition by The John C. Winston Company, 1949) with an introduction by William Somerset Maugham. I snatched this book from the hands of another customer with the pretext of having a look, turned around and bought it; I have no shame when it comes to books. Besides, I did him a favour. *Evil laugh*

The power books wield is grossly underestimated. It’s not just an avenue of entertainment, but a time portal which, at a turn of a page, can transport you from Mount Olympus to Mr Wonka’s chocolate factory.

However, very few are willing to take the plunge from one world to another via the written word, opting instead for re-runs on television or throwing birds at strange contraptions. Although I must admit, quite sheepishly, that I too fall victim to the allure of killing green pigs.

But seriously, when was the last time you read a book? A book which made your heart race or one which had you rolling on the floor, hysterical with laughter?

When was the last time you carried a book with you everywhere? Or read that one book, which you read slowly, because you didn’t want it to finish ever? Or the book which inspired you to write or the one which made you suffer from an inferiority complex? Maybe there was one which had you stay up late, because putting it down was physically painful?

Are books a part of your life? They are truly a beautiful part of mine.

The author is a writer of synopsis (mostly) and a book lover. An amateur actor and photographer, she lives in Karachi with her husband, who is also an actor. She tweets @farocleopoco.