Unsung heroes and our medieval knowledge 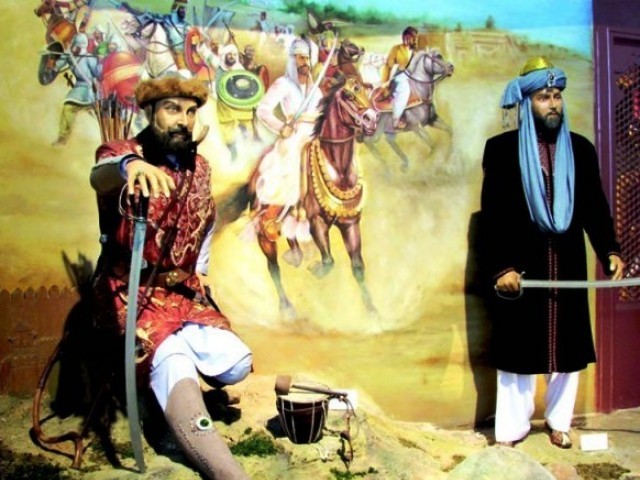 The Mughals only built huge palaces and monuments with no contribution to scientific progress, literature or education. Most of them were ruthless self-serving religious bigots. PHOTO: APP/FILE

Their contributions as well as those of other unsung (at least in Pakistan) heroes are immense and should not be so arrogantly ignored.

I love the fact that the entire Islamic nation, especially Pakistan, is so stuck in and obsessed with the glory days of yore.

There’s no doubt that the Arab and Persian scientists from the medieval era made huge contributions to science, but why do we Pakistanis fail to acknowledge that they were Arab or Persian rather than Indians (which we are ethnically) or Muslims, for that matter?

Why do we feel proud of their achievements?

Is it because as, an ethnic group, Muslims of the sub-continent don’t have much to be proud of? Or is it because of the dearth of any modern achievements from the entire Muslim world?

Let me attempt to deconstruct it with a little bit of history from our part of the world.

We can relate more with the Mughal Empire, that too only because the Empire was based in the Indian subcontinent and not because the emperors’ ethnicity, as Mughal emperors were Turks/Tajiks.

The Mughals, however, only built huge palaces and monuments.

Their contribution to scientific progress, literature and education is close to non-existent. Most of them were ruthless self-serving religious bigots. They only cared about themselves and many of them had full-blown wars with their own siblings to capture power.

The only Mughal Emperor of note was Akbar and in the true sense of the word, you can’t really call him a Muslim, since he started his own form of religion and called it Deen-e-Elahi.

This happened because the wealthy (and to some extent royal) Muslims of the sub-continent felt somehow superior to the Hindus. In their minds they were the rulers and not peasants and the thought of living under a Hindu led country, after independence, would be an insult. So they devised a plan to build a country for their own benefit, where they can still be the rulers and suck the blood out of the poor.

The examples are all around us, just look at the feudal lords and almost all of our current and past politicians.

Where did they get their money and real estate, if not from the British?

They didn’t want to give all that up in the name of United India. The ones, who weren’t fortunate enough to get anything from the British, later became our overlords by capturing or ‘claiming’ the properties left behind by Hindus and Sikhs who migrated to India.

Besides, if you look at the original concept of the two-nation theory, Jinnah and Iqbal didn’t intend a separate sovereign country. Their intentions were more aligned with getting separate states for Muslims within the greater India. This can be proved by reading just a few lines from both, his Allahabad address and the letter he sent to The Times in 1930 after his Allahabad address.

Let me quote the lines I’m talking about, from his presidential address:

The principle of European democracy cannot be applied to India without recognising the fact of communal groups. The Muslim demand for the creation of a Muslim India within India is, therefore, perfectly justified.

From his letter to The Times after the fact:

No Indian Muslim with any pretence to sanity contemplates a Muslim State or series of States in North-West India outside the British Commonwealth of Nations as a plan of practical politics.”

These two quotes clearly demonstrate that Iqbal was not in favour of a separate state for Muslims outside of the British Empire or the greater Indian State. But somehow the idea of an entire new country got introduced and became a part of the movement.

Moreover, the average person in Pakistan never gets to hear about this, the true motives of our founding fathers, nor about the many fundamental struggles made by the non-Muslims of the sub-continent in the quest for independence from the British.

Names such as Bhagat Singh, Mangal Panday, Rani Lakshmibai etc. are never even remotely mentioned in Pakistani course books, why?

Didn’t they, along with the Muslims, contribute to our collective independence?

In any case, the sub-continent is now divided and Pakistan has been created.

Nothing can change this political reality.

So now we need to change the mindset of our people.

We need to shake this false superiority complex off. The time is now! Education alone is not the key, but the correct form of education is. We need to somehow spark the interest of science in our coming generations. Religion should only be allowed as a private matter. The separation of religion and state is of paramount importance; only then can the government focus on providing quality education to the masses without convoluting religious dogmas and historically irrelevant information in it.

By not educating the masses about the struggles of our non-Muslims and instead teaching them the glories of Arabs and Persians, we have given people a false sense of superiority and apathy.

This apathy has crept in so deep within us that in this dark sub-continental (Muslim) history we can only relish the glorious days of medieval Arabia that we were never even part of.