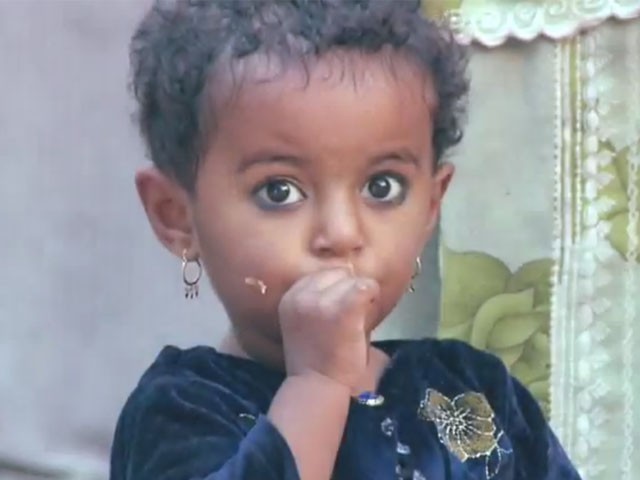 I saw people wiping tears, sniffling as they watched the screen with the beaming faces of Lyari's children. PHOTO: SCREEN SHOT

“Turn every stone in Pakistan and you find a diamond,” said Sabina Khatri – one of the six central characters of Ho Yaqeen, a project that aims to promote a positive image of Pakistan. She sent chills down my spine.

I listened keenly as she spoke at the premiere of HoYaqeen which was attended by the glitterati of Karachi. Pakistan’s first and only Oscar winner, Sharmeen Obaid Chinoy was also present at this event.

What Sabina said stayed with me; working for a news organisation has made me feel despondent and desolate. As news of torture, rape, kidnapping, sectarian violence and bomb blasts pours in, I am left wondering where the good news is.

Are any good things happening in Pakistan?

How long will Pakistani news be synonymous with tragedy?

This is why people like Sabina and Sharmeen matter – they give us hope that good things are indeed happening in Pakistan.

At the event, a documentary was screened, based on the life of Sabina – a mother of two and a teacher by profession – who has changed the lives of 90 children in Lyari.

The audience could make comparisons between the documentary and the ongoing crisis in the violent neighbourhood. I overheard sighs, and murmurs of “see” and “sh*t”. They emphathise, I thought.

I saw people wiping tears, sniffling as they watched the screen with the beaming faces of Lyari’s children – hopeful children who dream of a “new Lyari”. In one scene, the children circling Sabina had their eyes shut, imagining a Lyari without the reverberating sound of gunfire, without echoes of horror.

As the documentary concluded, a roaring applause erupted in the auditorium. The audience didn’t stop until Sharmeen came to the stage. She explained that this series focuses on the “everyday heroes of Pakistan who can inspire so many people to do good but nobody knows them.”

In my university days, I was the first to dismiss these efforts, saying that they don’t bear any fruit at all. I used to say ‘things never change in Pakistan,’ but as a journalist who is constantly aware of ‘what is wrong with Pakistan’, I feel this negativity is the reason that there is a dire need for a buffer; something that can dilute the effect of the adrenaline rush after breaking news.

The university-going Sidrah spoke from inside me:

What change will this bring?

As though she read my thoughts, Sharmeen answered my question unknowingly:

It doesn’t matter who sponsored the event or who attended it; what matters at the end is that despite the despair and helplessness, there are people who are working to make Pakistan better and hopeful. We need to be able switch-off so we can zoom out of the bitter reality and find some peace, and events like these make this possible.

The author is a sub-editor at The Express Tribune.

CNG woes: Can't you see how miserable you are making us?

Cry over a charred cinema but not a dead human being?

Ramazan with Veena Malik: Lord forgive us all