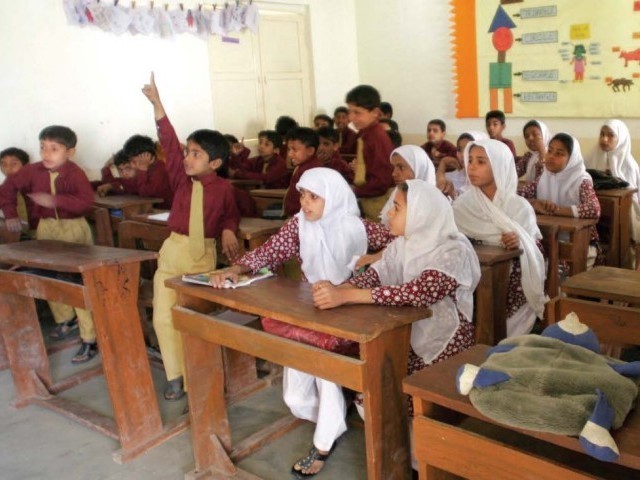 Standards of education in government institutions can only improve if all politicians and policy makers sent their children to public institutions. PHOTO: ATHAR KHAN

It was surprising to hear that a senior official of the Capital Administration and Development Division had his three children enrolled in a private school. But what was even more shocking was that over 95 per cent of bureaucrats, politicians, business tycoons and corporate employees send their children to private elite schools rather than to government institutions.

I asked the official why he preferred to enroll his children in a private school since he himself is looking into the government education system in the Islamabad Capital Territory. His answer was indirect but simple:

If you have the choice to buy an electronic device from either a Chinese or Japanese company, you would prefer to buy Japanese even though it is more costly. But you are satisfied because it is, at least, durable.

I asked him when would standards in government institutions improve, and he said that this would happen only if, like in developed countries, all politicians and policy makers sent their children to public institutions.

This is a matter of great concern for the majority of Pakistanis. Because of the discriminatory education system, those from the poorer segments will remain at the losing end since they cannot afford expensive private education. Their only option is to send their children to the crumbling state system.

The most glaring example of our political elite’s indifference is that it did not take any steps to make legislation in any provincial assembly for implementing Article 25-A (which made primary education compulsory) even after two years had passed since its enactment.

Despite insistence from the international community, civil society and people in general, the rulers again show their indifference when no substantial increase was made in the annual allocation to education. Instead of being provided with uniform education by the state, ordinary Pakistanis are forced to buy it from the market at exorbitant prices amid runaway inflation.

The lesson to learn in all of this is that in a country like Pakistan, reform will take place, it seems, only when the rot directly affects the decision-makers and policymakers (and their loved ones).