Why British Pakistanis should visit their motherland 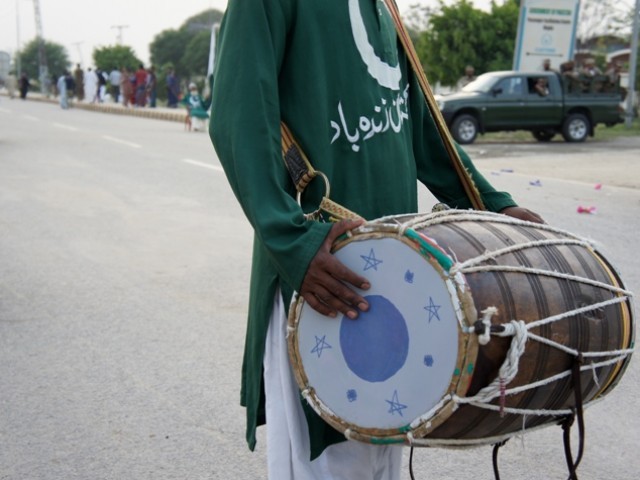 The close-minded attitude towards ones own heritage is sort of like a love-hate relationship with Pakistan. PHOTO: ZAB MUSTEFA

Back home, the vast majority of second generation British nationals of Pakistani origin wouldn’t dream about visiting their parent’s homeland – unless it was for shopping, or a wedding of course.

Unfortunately, the topic of Pakistan is followed by mockery, ridicule and stereotypes, which consist of uneducated, toothless villagers driving rickshaws and eating paan.

People in Britain don’t realise that Pakistan is a country full of colour, culture and a talented young generation that is truly aiming for change. I don’t understand why so few of my young generation would like to visit the country of their parent’s origin. Of course, there is a big cultural difference, but in a way it’s refreshing to truly go back to your roots.

The majority of our parents immigrated to the UK back in the 1950’s. My father arrived as a fresh-faced teenager to Glasgow. Similarly, my mother came to London when she was 22. Unashamedly simple to this day, both are patriotic towards Pakistan and love their homeland.

Before leaving for Pakistan, I was given several perplexed looks; everybody was confused as to why I was going there with family and relatives. They were bemused at the fact that I wasn’t going shopping nor was I going to a wedding.

If I were to tell cousins in the UK that the street art along the walls of Garhi Shahu in Lahore is more impressive than that of an east London wall, I would be met with shock and awe.

If I were to describe the intellectual students coming in and out of universities here, rather than sleazy Pakistani guys with bad haircuts, it would be beyond belief.

This close-minded attitude towards ones own heritage is sort of like a love-hate relationship with Pakistan.

It’s interesting how most second generation British-Pakistanis speak Urdu and/or Punjabi fluently. They also love their curries and shalwar kameez, yet you mention Pakistan and an uncomfortable silence will linger.

Personally, hearing the sabzi walaa (vegetable seller) push his cart through the narrow side streets makes me smile. Watching flat-bread coming out of the tandoor is a million times better than waiting at the bakers section of your local Tesco supermarket to get chewy, artificial dough that is supposed to resemble “fresh” bread.

In some ways, being born and bred in a British society with Pakistani culture does equate to an identity crisis.  However you take the best from both. There is nothing wrong with embracing the western lifestyle, after all you become accustomed to the society you live in. However, problems arise when you forget your heritage and everything about your origin becomes ridiculed.

Yes, we all like to imitate our parents and joke about things our auntie jees (aunts) do. Like the time an aunt refused to pay £1 for a cup of tea, insisting that she would wait till she went home and make it herself.

However, there is a difference between humour and the ignorance that many young British Pakistanis have towards their land of origin. I can tell you that not many know who the current prime minister is or are aware that some of the most prestigious designers participated in Pakistan Fashion Week last month.

Unfortunately, for many, though not all, Pakistan is all about beards, buffaloes and extremism.

We should make more of an effort to know our history and background. Without sounding condescending to those already here, I am sure that you are already aware that Pakistan is indeed a beautiful country; there is so much to see and so much to do.

There is nothing wrong with being British and proudly admitting that you love Pakistan.