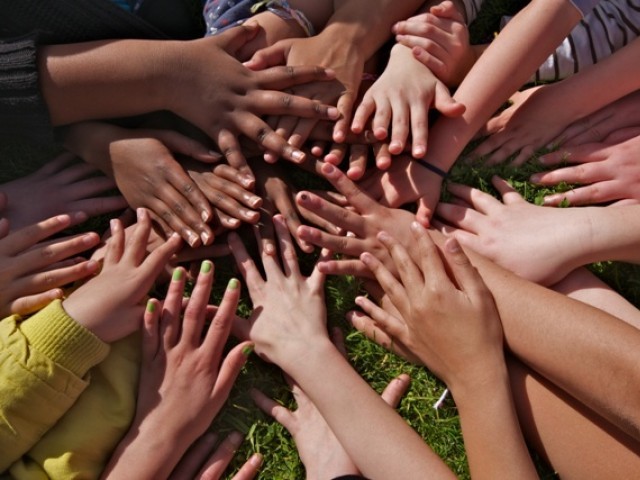 I believe that the denial of one’s background maybe associated with the stereotypes that are applied to the South Asian community.

As a Pakistani who has lived most of his life in Canada, I have had many experiences in which I have observed the often bizarre and complex ways of the South Asian (Pakistan, India, and Bangladesh) community. One of the most prominent of these is their ability to deny any connection with their background.

Now, keeping in mind that this does not apply to all the people in the group mentioned earlier, it certainly does cover several of them.

Once, when I had just entered my teenage years, I had a Pakistani girl tell me that all the people who lived in Canada but were not born there (immigrants) were “FOBs” – an FOB being an acronym for the derogatory term “fresh off the boat”, implying that the person is a refugee.

But in her ignorance she forgot that she too was not born in Canada, but in Kuwait. After I pointed it out to her that if her theory was to be followed, she and her whole family would be labelled FOBs, she retracted her statement.

This incident gave me an insight into the mind of  individuals who suffer from this inferiority complex. It showed that these people believed that they would raise their social profile by degrading their backgrounds.

Another time, when I entered high school, a girl sitting beside me told me that she was British; this seemed odd considering the fact that her name was Kiranjeet. Apparently she was born in England before her parents were deported to India before coming to Canada as refugees. In my opinion, I would consider her an Indian-Canadian at best since she had no roots in England or any other part of the UK.

The part that I fail to understand is that how can someone, in this case, be British when they have no connection to the UK other than their place of birth. In my view, England is only her birth place; it’s not her culture, it’s not her race and it’s not even her place of residence.

I have never experienced racism in Canada, at least not in the Greater Toronto Area where I reside. However, it is surprising to see that some people in our community feel that they are superior to others just because they (or their parents) moved to Canada before them. Let us not forget that the only people who can legitimately claim to be natives of this land are the Aboriginals.

Furthermore, a large group of South Asian-Canadian individuals feel that having the ability to speak English instantly makes them an intellectual. In the end, English is just a language. It may be the lingua franca, but it is still just a language. It has nothing to do with the amount of education a person has.

Take a look at Hu Jintao, the President of China and one of the most influential and powerful people in the world; he holds all his press conferences in his native language.

To suggest that our people are plainly just embarrassed of their heritage would be wrong. I believe that this denial of one’s background may be associated with the stereotypes that are applied to the South Asian community. Some common examples include generalising “brown” people as hairy, saying they smell like curry, or calling them terrorists.

I feel that these should be taken lightly, especially if you live in a large metropolitan where minorities form the majority. Most of the people only use these terms as jokes, and just because someone says something it doesn’t make it true anyway.

In addition to this, the countries that are associated with us are the third world countries; with corrupt governments and a significant amount of the population living below the poverty line, these nations are usually portrayed negatively in the media.

Another important thing is the English-speaking accent associated with our people. To put it lightly, it is not the most desired or attractive accent in the world.

I feel that people in the South Asian community should embrace their backgrounds instead of running away from it. I do understand people lying about it because of the existence of stereotypes, however by doing so, they only make the situation worse. They need to realise that this attitude does not help in getting rid of the stereotypes.

We have many things to be proud of. Even if our countries are currently suffering and being portrayed negatively, we must not forget our roots. We need to focus more on the positives, such as our culture, religion, family values, and the historical heritage of our country.

Being a Pakistani, I realise that life in Pakistan may be difficult at this moment. However, our country is still producing world class students who provide a reason to hope and hold our head up high with pride.

PS: For all the Pakistanis living in Canada, when you visit Pakistan next time please name your Facebook photo album something along the lines of “Pakistan 2012” or “My trip to Pakistan” instead of “Paki-land”. I find it offensive.

A pre-med student, hoping to become a doctor one day.