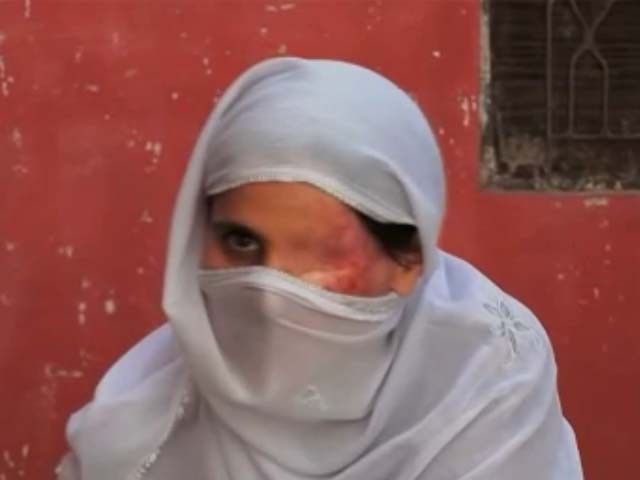 She battles the depression of not being able to go out in public without being covered by dark sunglasses and a burqa. PHOTO SCREEN SHOT

With a runtime of barely 40 minutes, Saving Face is short for a documentary, but it has the might to touch the soul with the potency of a powerful full length feature.

Directed by Daniel Junge and Sharmeen Obaid Chinoy, this 2012 Academy Award winner for ‘Best Documentary (Short Subject)’ is a glimpse into the lives of several acid attack victims in Pakistan, their tormentors, and the good people fighting to help them find some light in the haunting darkness of their situation.

One of these Good Samaritans is Dr Mohammad Jawad, a plastic surgeon of Pakistani origin, who has come from his home in London to meet with these patients. When Saving Face begins, Dr Jawad is somewhat cocky, proclaiming he is ‘damn good’ confidently telling us about his professional capabilities. He tells us that the sheer number of cases he was learning of in Pakistan, while in London, forced him to come back. But, as Dr Jawad meets one patient after another, listening to endless heartbreaking stories of helplessness, injustice, and victimisation, for a moment he is also left shaken and overwhelmed, as he stammers to the camera,

I – I… just… I just I cannot understand this.

Quoting the Acid Survivors Foundation of Pakistan, the documentary tells us the startling fact that there are over 100 acid attack cases in Pakistan, and goes on to estimate that far many more cases are left unreported. What is even more startling is that all of the victims presented in Saving Face were hurt either by men who had their romantic interests rejected by them, or by their own husbands – often with the assistance of members of their family.

With several parts of their faces, necks, and even shoulders melted into scar tissue, each of the victims in Saving Face is so horrifically disfigured, that watching them, at least initially, is a heartbreakingly painful task. But, as each of these victims comes to terms with what happened to them, and finds joy in positive events like plastic surgery, legislations passed in parliament, and successful court battles against their oppressors, they seem to find what peace they can. In one particularly poignant moment, a group of acid attack victims stand together in court, even making jokes somewhat related to their own plight.

While some of the victims presented in Saving Face seem to be stuck in a cycle of hopelessness, with one tearfully admitting that facing economic hardship, she has little choice but to go back to the in-laws that disfigured half her face, some show resilience that is incredible to watch.

Zakia, who lost the right side of her face, including her eye and some of her left side, is an admirable symbol of steel in Saving Face. She battles the depression of not being able to go out in public without being covered by dark sunglasses and a burqa, and examines pictures of how she used to look, with sorrow. But in court, she relentlessly pursues the husband who attacked her with dogged tenacity. And when discussing her plastic surgery case with Dr Jawad, she exudes immense positivity.

In private moments with her young daughter, she displays a soft tenderness, lending strength to her child who is unable to cope with the sorrow of the tragedy that has befallen her mother. And when eventually her surgery is done, and her prosthetic face is placed on, she is very cheerful, despite looking far from what she was. Zaikia is an inspiration as I have ever seen one.

Making a documentary doesn’t necessarily require the same sort of skill-set as does that a film. And in Saving Face, where there the subject matter is powerful enough already, the two film-makers have smartly let the camera do the talking, without unnecessary post production. The film is also astutely edited, while camera shots are fantastic, lingering and peeking at the right moments. One such point in the film is when one of the attackers is being interviewed. Smirking, he denies throwing acid on his spouse, claiming she did it to herself. Here, the camera sneaks quick glances at his knuckles which show clear signs of acid burn, and point to his lies.

When Saving Face began, I found it shamefully uncomfortable to view the victims, but as time passed by, I found it easier, until eventually, I was looking past their bodies, and seeing their person. Aside from bringing international attention to a sorrowful situation, Saving Face is powerful in that it helps humanise those we would be too fearful to see. Perhaps in a way, this masterpiece of a documentary is not only saving the victims, but the viewers as well.

I have read local criticism that the Academy Award victory was a decision driven by politics, and that the film is a cheap attempt at winning an Oscar. While the Academy Awards are often driven by politics, Saving Face is the real deal and there is nothing artificial about this film. Then, there are others criticising it for simply showing a negative view of Pakistan. These are myopic thoughts driven by misplaced levels of nationalism, and preconceived notions by those not having seen the film.  If the film does anything for Pakistan, then in actuality, it is a highly patriotic film.