A year after Bin Laden: Could it happen again? 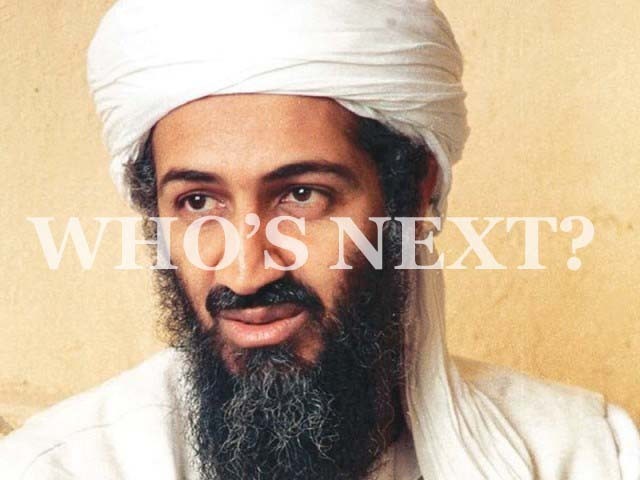 Could there be another unannounced assault on Pakistani territory to take out a big-ticket terrorist?

A year after the Abbottabad raid that plunged the US-Pakistan relationship to a new low, one big takeaway is that America’s general public is finally familiar with the name of at least one Pakistani city (though this does not mean we and our media have a handle on its geographical location).

But on a more serious note, could there be an Abbottabad redux? Could there be another unannounced assault on Pakistani territory to take out a big-ticket terrorist?

If there is one thing President Obama has demonstrated in recent months, it is that he is influenced by the hard-line rhetoric emanating from the Republican presidential campaign trail. His continued refusal to apologise for last November’s Salala attack, for example, is likely guided by the realisation that if he were to do so, his Republican opponents would accuse him of being weak. Authorising another commando mission, one assumes, would send a powerful message to his Republican critics.

Still, despite these domestic political considerations (crude though they may be, these factors exert great influence on US foreign policymaking), don’t expect to see a repeat of May 2, 2011 anytime soon.

Consider what amount to the only two possible scenarios. One would involve US forces swooping into Quetta, the presumed base of Mullah Omar. Omar, of course, served as Osama Bin Laden’s host in Afghanistan, and he represents one of the main reasons Washington deployed forces to that country in October 2001. The US government is well aware that Pakistan has no interest in apprehending him (and American officials are convinced Pakistani intelligence forces know where he is).

Still, there are many more compelling reasons for Washington not to do this. With fewer intelligence assets in Pakistan now, US officials may not know Omar’s exact location. Additionally, at a time when Washington is eager to generate momentum that could set the stage for sustained negotiations on the Afghan endgame (talks that Washington acknowledges would need to include the Taliban), this would make for dreadful timing. And above all, given the perilous state of the bilateral relationship and understandable Pakistani concerns about sovereignty issues, the prospect of an unannounced American armed raid into a major urban area is highly unlikely. It is simply a bad idea.

The other scenario is a bit more realistic: an attempt to apprehend al Qaeda chief, Ayman al Zawahiri. US intelligence officials claim to have found major clues about his whereabouts from the troves of information seized in Bin Laden’s compound.  Documents made available through Wikileaks have placed him in South Waziristan back in 2003, with additional speculation that he was wounded in a missile strike there in 2008. However, intelligence uncovered in Abbottabad has US officials thinking he may now be based in an urban area of Khyber Pakhtunkhwa.

So long as Washington believes al Zawahiri is in a settled area, it probably would not act. However, if it receives actionable intelligence that he has returned to the tribal belt—where Pakistani government sensitivities about sovereignty are not as acute—the US government could conceivably be tempted to take action. Al Zawahiri is, after all, a high-level Pakistan-based militant that both Islamabad and Washington want to be rid of. This is a man who recently released a video calling on Pakistanis to revolt against the nation’s “treacherous army and bribe-taking government,” who have “ruined your economy and destroyed your world as well as your hereafter. What then are you waiting for?” These are words pleasing to neither the American nor Pakistani governments.

Given the shared interests at play, and given the seeming genuine desire of each country’s armed forces to realign their relations within a narrow counter-terrorism rubric, the US military may even consider consulting its Pakistani counterpart and proposing a cooperative arrangement if it determines the time is right for a raid.

Ultimately, however, in this case as well a raid is unlikely. The final Guidelines for Revised Terms of Engagement with the United States issued by the Parliamentary Committee on National Security call for “the cessation of infiltration into Pakistani territory on any pretext,” and declare that “no overt or covert operations inside Pakistan shall be permitted.” While Washington has resisted some of the other guidelines—particularly those outlawing drones—in its effort to bring some semblance of civility to the relationship, it probably will respect Pakistan’s wishes on the former issues.

Tragically, more likely than another Abbottabad is another Salala. With US fighting intensifying in eastern Afghanistan, and with pressure for battlefield results mounting as the 2014 draw-down nears, the chances of this war violence spilling over the border remain high. The type of horrible accident that occurred last November could very well happen again.