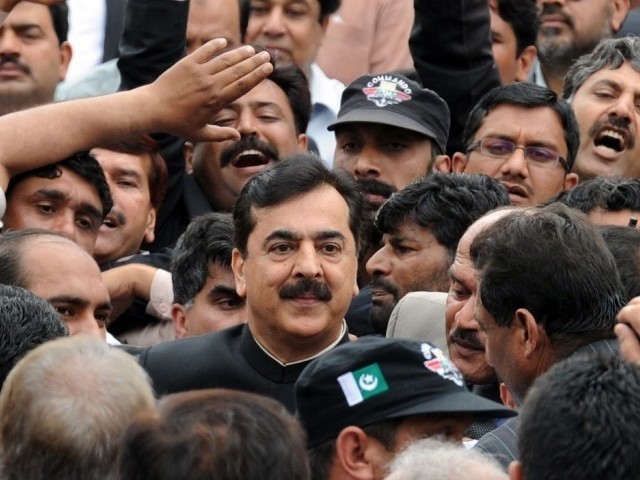 Yesterday, the Supreme Court gave us a 'first' we can, or let me rephrase, we should take pride in. PHOTO: AFP

Prime Minister Yousaf Raza Gilani’s conviction for refusing to reopen a corruption investigation against the president consequently made him the first serving prime minister in Pakistan’s history to be convicted by a court.

In a country like Pakistan, the list of firsts seems never ending. Regrettably, most firsts don’t give our people an opportunity to gloat. And yet yesterday, the Supreme Court gave us a first we can, or let me rephrase, we should take pride in.

Some would question my assertion of believing that we have good reason to revel in our prime minister’s conviction. But this is bigger than that. This is not about a ruling party that is widely perceived as corrupt and unpopular, it’s not about the government allegedly conspiring against the military establishment, it’s not about the president’s immunity and nor is it about a conspiracy to derail democracy.

It is though only about the rule of law – the foundation for both our liberties and for order. If anything, the court should be applauded yesterday for showing restraint in the premier’s sentence, which was detention lasting no longer than a minute until the session was adjourned.

It was symbolic. If anything, the court has now left further dialogue to take place in the political arena. In the face of adversity, primarily due to being accused of attempting to overreach its jurisdiction and derailing democracy, the court has served its primary function in a constitutional democracy by protecting the constitution and essentially left the punitive aspects of the case to others: the parliament, the media, the opposition leaders.

Whether the prime minister turned the contempt case from ‘catastrophe to triumph’ yesterday should not be in question in regards to the court’s orders.

Quite to the contrary in fact, the only question that should be raised is whether the judiciary has protected its constitution and subsequently preserved the nation’s respect while the entire world is watching. Not the premier.

And to that, I gloat endlessly as the supreme law of the land has triumphed.

A sub-editor on the national desk of The Express Tribune. He graduated from the University of California Santa Barbara.

Libya — beginning of the end

Karachi violence: Lessons to learn the day after