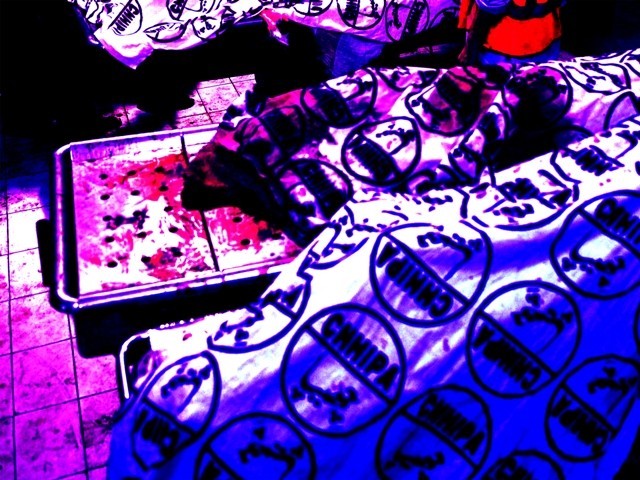 My early days as a reporter ended with tears at work or nightmares at home. PHOTO: EXPRESS / FILE

As I looked at Nasreen’s body chopped into pieces that lay on separate tables in a smelly morgue, I did not shudder. Any normal person would have trembled, I think.

I spent 15 minutes in that very room where her skinned parts were being inspected by medico legal officers (MLO). I roamed around, looking at her body for details; if I had not seen the body, I wouldn’t have done justice to the story I had to file. I saw blood-soaked bangles, her slender arms and blue plastic bags.

“Don’t you feel like throwing up?” the MLO asked curiously.

“No,” I replied with a small smile.

Inside, I mulled over his question, but I had no answer.

I felt nothing for the woman.

The following day, when the article about this woman was published, several comments criticising the story poured in. Some said I had gone overboard with describing the details; some said it was like reading a cheap thriller; some felt I was heartless.

I wanted to share my thoughts with them; that I had described everything because I felt nothing when I was writing the story; that I came across as “heartless” because I was not emotionally connected with the story. The truth is that I have stopped feeling sorry for the victims. But it wasn’t always like this.

The first time I did a story on violence, it was about a teenager whose back was burnt with an iron and nails plucked by pliers. I cried hysterically the day I wrote that story.

My early days as a reporter ended with tears at work or nightmares at home. Senior reporters would tell me to stop getting emotionally involved, to detach and become insensitive.

The victims are not your family – stop caring and concentrate on reporting. This is not social work, this is journalism.

And I listened to them.

I pushed back tears when I saw minor rape victims bleeding on hospital beds; bomb blast victims wincing in pain; mothers and sisters wailing for their loved ones dying in air crashes; people buried under rubble in a Lyari building; houses blown away by powerful blasts; target killings taking away sole bread earners.

And then one day I stopped feeling sorry for them. I wouldn’t tear up when I  saw blood or mourners.

This month, another woman’s body was found, killed in the same gruesome manner. No gory details, my editor said, and so I refrained from including them. People seemed disgusted and shocked by the incident; I felt nothing except excitement and curiosity. The murderer was believed to be a serial killer – and I have never in my life seen one.

When the suspect was arrested yesterday, journalists became emotional and screamed.

“Are you a woman hater?” they asked him.

I kept my cool; for a serial killer, he was a disappointment –  I had expected someone much cooler. I simply asked how he had killed the women standing next to him, no abusing, no curse words.

I detached.  And that is why I didn’t shudder when I saw Nasreen’s dismembered body. Her body did not scare me.

A reporter for the Karachi pages of The Express Tribune.

When your husband is also a reporter

Factory fire: The inspectors said that the building was safe

Nadal and Djokovic? Enough with the repetition!