How disasters should be dealt with 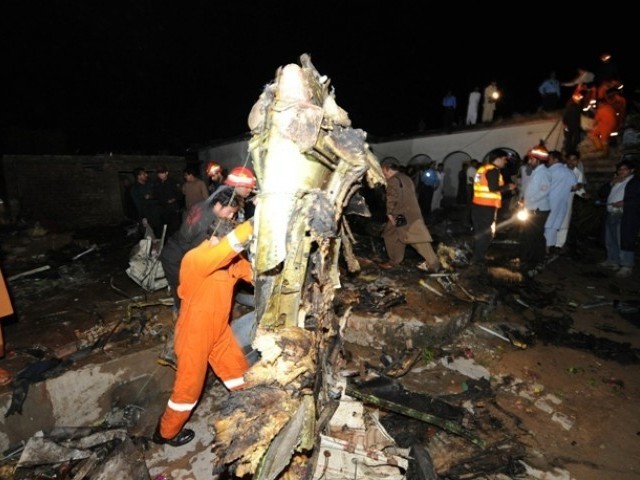 While one cannot predetermine disasters, what we can do effectively is handle the tragedy in a more efficient and respectable manner. PHOTO: AFP

Modern techniques and equipment cannot avert either natural or man-made disasters but surely use of available resources, comprehensive planning, and effective training to agencies handling calamities can reduce the consequences.

Apportioning responsibility for the Bhoja Air crash will be a lengthy process as it requires advanced technology and equipment to ascertain the causes of the incident. Likewise, Pakistan does not have a culture which requires the authorities to share information or findings of such disasters. Examples from history further reinforce this: East Pakistan debacle, Kargil adventure and the July 2010 Airblue crash in which 152 people lost their lives.

Now, once again, the government is assuring the public that the findings of the inquiry and other information obtained from the black box will be shared, but based on past experiences these seem to be white lies.

Recent episodes of catastrophes, which have befallen our country, have exposed all the efforts and standards opted for by the authorities concerned; interdisciplinary coordination among the stakeholders, either in case of the flood or air crash was absent. There is no evidence to support the effective working of the command and control system. Surely, the implementation of such mechanisms can help minimise damage and reduce the number of fatalities in any disaster.

The authorities must follow a standard operating procedure for the benefit of the inquiry. The capacity to deliver and the commitment to serve should be their aim.

All evidence should be documented to avoid any manipulation and forgery from various quarters involved. There should be a media centre to avoid the hoarding on the scene of the calamity. Heavy media traffic may damage forensic as well as technical evidences and impede rescue operations.

We need to be more organised and while one cannot predetermine disasters, what we can do effectively is handle the tragedy in a more efficient and respectable manner for the sake of the families affected.