No one wants to tour Pakistan 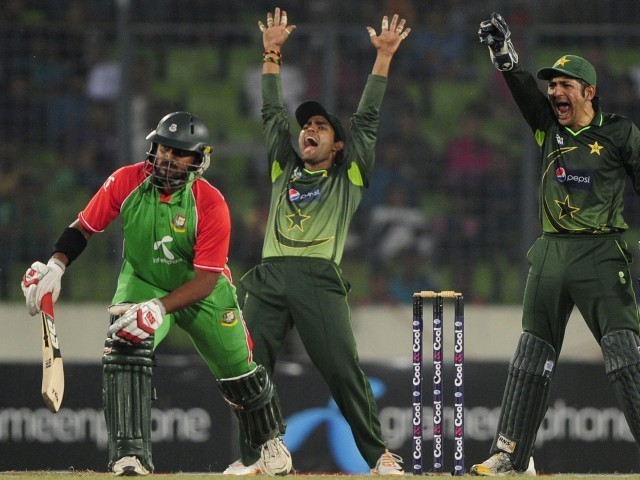 Why is it so unreasonable for Bangladeshi sportsman to decline touring a nation where the last visiting side faced a traumatic terrorist assault? PHOTO: AFP/FILE

As someone who has watched Pakistan play cricket on numerous occasions overseas, as well as in Karachi, I can tell you the experience is enormously different at home.

Overseas, the seats are comfortable, the stadiums in pristine condition, the crowds well-behaved, the food non-threatening and no eyesore security grill to separate the playing area from the spectators.

At home, the seats will put your rear to sleep, the biryani is spicy enough to make you wish you brought antacid with you, and the frighteningly energetic crowd is so loud that you can’t speak to the person next to you without the aid of a megaphone. Yes, a cricket match at home is a bit like a desi rave party, and it is absolutely electric.

There is something quintessentially Pakistani about the experience. And as someone who is looking to start a family, I am disappointed about the possibility that I won’t be able to take my family to an international cricketing event in Pakistan for the next long while and share that experience. Sadly, potentially a whole generation of Pakistanis will grow up without having the opportunity to experience these splashing emotions.

The last international team to visit, of course, were our brave friends from Sri Lanka, who while touring Pakistan were brazenly attacked in broad daylight near the Gaddafi Stadium in Lahore. The assault, which occurred on March 3, 2009, was reportedly conducted by 12 armed gunman, who managed to injure seven Sri Lankan cricketers and kill six Pakistani policemen as well as two civilians.

Aside from the tragedy of our own men having lost their lives, it is still unbelievable to consider that six professional sportsman were injured by gunshots on our national soil. Six sportsmen of a friendly team, that were visiting our nation out of goodwill, after countries like England, Australia and New Zealand had cancelled previous tours due to security concerns.

It is no wonder that with a government and cricket board as comically inept as ours, no cricketing nation has wanted to tour Pakistan since. No nation, aside from Bangladesh of course. When Bangladesh spoke of touring Pakistan recently, after every other country had declined, I wondered if the Bangladeshis valued their lives less than others. When the ICC wasn’t even willing to sanction its own match officials to such a tour, why was Bangladesh so eager to risk their lives?

The answer, of course, is politics. Pakistan and Bangladesh often show solidarity during matters that require ICC voting, and the unreasonable move to tour Pakistan by the Bangladesh Cricket Board clearly had a dirty political air to it. But, of course, all of that was put on hold yesterday, on April 19, 2012 following a Bangladeshi court order. This incident of a court overruling a political body is a fine example of why former cricket captain turned politician extraordinaire, Imran Khan, so strongly believes a free and fair judiciary can help decontaminate Pakistan.

Many of my misguided countrymen feel the Bangladeshi cricket team visiting Pakistan would be an honourable risk, since a successful tour would do wonders for Pakistan’s image as a cricketing nation. While a tour without incident would indeed be beneficial for the country, it doesn’t seem fair to ask the Bangladeshis to put their lives at risk merely for our cricketing image.

Mushfiqur Rahim and his boys are only sportsmen, not soldiers. Why does it seem unreasonable to us that Bangladeshi sportsmen declined touring a nation where the last visiting side faced a traumatic terrorist assault?