Who is the real enemy in Afghanistan? 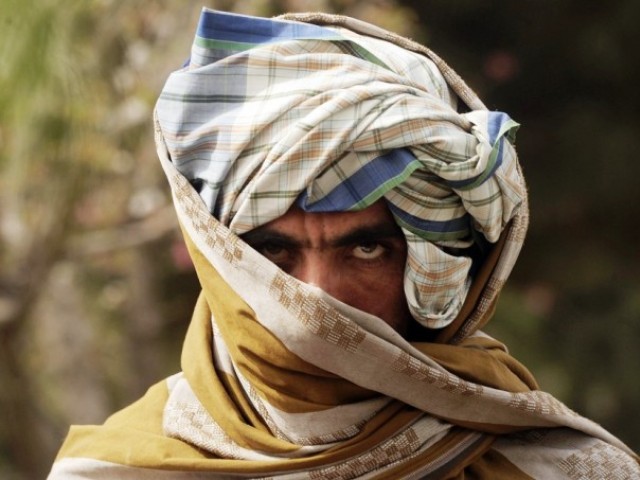 So who is the real enemy? Coalition forces and NATO? The taliban? Al Qaeda? The Haqqani network? President Karzai? Pakistan? PHOTO: AFP

In 11 years of warfare, Kabul has never seen a Taliban offensive such as this; government buildings, foreign embassies, NATO offices and bases were continuously attacked for two days by coordinated rocket and gun attacks around the country.

Deeming the violence as a ‘spring offensive’, it is disheartening to see that 11 years of war and devastation have not had the result some may have hoped for, and also raises questions as to who the ‘real enemy’ is, and whether the ‘enemy’ can be pinpointed to being one group or individual.

It also raises the question as to how many different perspectives there are to the Afghanistan war saga and its history.

Lastly, it puts into question whether or not the NATO transfer of power by 2014 will be as effective as previously hoped.

When it comes to attacks within Afghanistan, usually the Taliban are blamed. When it comes to cross border attacks, it usually is blamed on al Qaeda, the Haqqani network and sometimes the Pakistani Taliban.

I still do not understand whether all these groups are different, synonymous or overlapping?

With the onset of increased violence in Kabul and other areas of Afghanistan, the blame game has started, and rumour has it that the Haqqani network is behind the Kabul attack. Some say that the ISI is also involved, as they have ties to the Haqqani network. And some go even further to speculate, such as one Afghan minister, that an attack of this scale in Kabul can only be ‘sponsored violence’ and that it can ‘only be supported by a professional intelligence agency’, therefore indicating a Pakistani twist to the tale.

So Pakistan is an enemy of Afghanistan?

It is difficult to talk about Afghanistan without mentioning the histories and traditions of the inhabitants in the country, and the establishment of the 1893 Durand Line, the advent of colonialist rule, the threat of communism destroying Islam, and eventually the land in which Osama bin Laden would train his men to carry out terrorist missions around the world.

So who is the real enemy?

According to the US ambassador to Afghanistan, Ryan Crocker, the enemy is leaving Afghanistan too soon, before Afghan forces have a hold on their country’s security. If coalition and NATO forces left before Afghanistan was secure then that would ‘invite the Taliban and al Qaeda back in and set the stage for another 9-11…’

If you look at the bigger picture, I guess each group has a part to play in the long and controversial warfare in Afghanistan.

So are the coalition and NATO forces the enemy in Afghanistan or the saviours?

The foreign forces that came to Afghanistan to avenge the attack on the World Trade Center in 2001 were and still are seen as occupying forces that are unwanted. While they may be after the al Qaeda and the Taliban, the people of Afghanistan have fallen victim to the 11 year warfare that had nothing to do with them, and have had to deal with a failing infrastructure that could have seen improvement in the last decade had it not been for war.

While the coalition forces and NATO have secured certain regions and have attempted to bring stability to the Afghan leadership and government institutions, they have also been involved in the death of many innocent Afghan and Pakistani people along the border and in Afghanistan.

So is the Afghan enemy the Taliban or al Qaeda?

The Taliban are still a major threat to democracy and a secular way of life in Afghanistan, and to many Afghans and international critics so is al Qaeda. While the Taliban may want to regain control of Afghanistan, al Qaeda seeks refuge in its remote and hazardous terrain. Their goals may be different to the Taliban’s, as they have a global agenda, but they may work hand in hand when it comes to defeating foreign forces on Afghan territory.

So what about the Haqqani network?

Once a member of the Taliban government, Jalaluddin Haqqani was highly influential during the soviet invasion of Afghanistan and is thought to be the link to the ISI in Pakistan. The Haqqani network has been deemed the top most enemy network, so are they directly related to the mission of al Qaeda?

Or does the Haqqani network focus solely on south and central Asian regions from Afghanistan to Chechnya?

Are they a bigger threat than the Taliban?

Is President Karzai an enemy of Afghanistan as he is deemed an American puppet and has been involved in controversial decisions while ruling over Afghanistan?

Is the attack on Kabul foreshadowing what will happen under his rule when the coalition and NATO forces are gone? Or are the wrongdoers Pakistan’s ISI?

It is impossible to speculate with all the history and warfare the region has had to endure, but one thing is for certain, what has happened in the last 11 years of the country has been devastating. To rebuild Afghanistan will be a task that needs to include what ordinary Afghan’s want and need with the help of their friends, not people who want to exploit the nation or its resources.

For a more in-depth account of the current war in Afghanistan, you can read Lieutenant Colonel Daniel Davis’s account here  and here.

A freelance journalist in Chicago, IL who tweets @ManalShakir1

Politicising homosexuality: A make or break for US presidents

Afghan shooting rampage: When the solution became the problem

Iran, laughing in the face of nuclear disaster