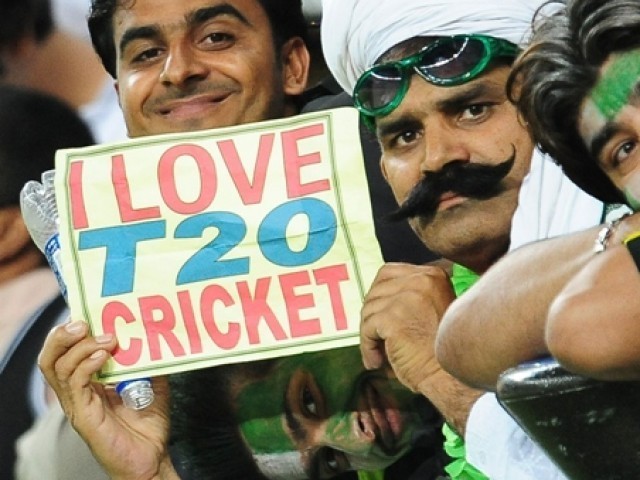 The dream of the Pakistan Premier League (PPL) has finally become a reality as announced by the PCB. PHOTO: AFP

The dream of Pakistan Premier League (PPL) has finally become a reality: the Chairman of the Pakistan Cricket Board (PCB), Zaka Ashraf has declared that this event will be held in October.  Here’s what I think the event should look like.

To be really honest, I would like a unique name for our tournament. Case in point; Spain’s La Liga and Australia’s Big Bash, two unique names which almost every sports fan knows. And frankly there are too many Premier Leagues in our region. Why not something in Urdu?

There are speculations that 16 teams will feature in the event, which is a bit too much for my liking. It would mean less competitive matches and dwindling viewership. I think eight is the magic number; fewer teams means a less diluted pool of talented players which can lead to stronger sides and more exciting matches.

With the chances of foreign players showing up being slim, we need to keep the players pool tight to get thrilling matches. In the end, the product has to be appealing to the customer. Easy wins by strong teams over feeble teams would weaken the tournament.

This means a team will play six matches in group stage and six in the Super Four stage.

This is a no-brainer. Because of economic viability and available infrastructure, teams should represent populous cities with large fan bases. Provinces like Sindh and Balochistan, that do not have many big cities, may use the province name to broaden their appeal.

As the tournament will progress, teams can expand their fan appeal. Fans of Sialkot Stallions and Karachi Dolphins can be found almost everywhere, and this proves two things.

One of the most crucial aspect of creating a fan base is to have an appealing team name. Although I liked the names of the teams who played the Faysal Bank T20, I think it does create an element of monotony that all teams are named after animals.

Teams should be creative and think out of the box when it comes to choosing a name; something that cricket fanatics can relate to.

Lahore Badshahs somehow stuck the right chord with Pakistani fans, maybe it was the presence of some great Pakistani cricketers or maybe because the name was so desi.

I think we need to ditch the conventions and go crazy when it comes to choosing team names. Why not have a Sher-e-Punjab XI – a dedication to centuries old most coveted wrestling title of Punjab.

The business side of things

It’s astonishing how Indian Premier League (IPL) has contributed to the Indian economy. Businesses like sports, manufacturing and tourism are benefiters of a successful event. Pakistan may not have big names like Mallyas or Ambanis but different companies could come together to form consortiums to own a team, or we could go the FC Barcelona way.

For the sake of business, I say emulate the IPL business model.  PCB could invite bids from different corporations for owning a franchise and successful bids can be paid to the PCB by the corporations on a five to 10 year instalment basis. The PCB will also keep the central broadcasting rights and sponsorship deals.

Team owners could keep the money from ticket sales, sponsorship deals and official merchandise along with a share in central broadcasting rights and central sponsorship. Both the teams and the PCB will work together for the maintenance and development of stadiums.

Following the approach of leading Spanish football clubs and handing ownership to the fans would be a good idea. Barcelona and Real Madrid are co-operatively owned by 175,000 members where membership is sold to the general public. People get concessional tickets and merchandise and most importantly, the power to vote on matters of the club.

Instead of having just an emotional attachment to the club, this could provide an opportunity for fans to have a real sense of belonging and take part in the decision making process too. Every fan will enjoy deciding who should be the president of the club.

Players should be open to independent contracting instead of being auctioned with salary caps for teams to keep it fair (e.g. teams should be allowed a fix amount of total budget to hire players). It would be up to the players and the teams to decide the terms of contract and payments. However, in order to stop exploitation of players, the PCB should enforce a minimum amount payable by the teams to the players.

Pakistan will have to improve its infrastructure, provide better facilities at grounds and improve ticketing etc. During a recent trip to the Pindi Stadium for Faysal Bank T20 matches, I was not impressed with the event management. The cricket was enjoyable, no doubt, but the whole package needs upgrading. We can introduce e-ticketing and hire event management companies to manage all off field activities.

Achieving all of the above is not impossible; we have proven time and time again that we are a nation capable of accomplishing remarkable feats. We just have to believe in ourselves and keep working to make these dreams come true.

Ali has a bachelor's degree in Business development.