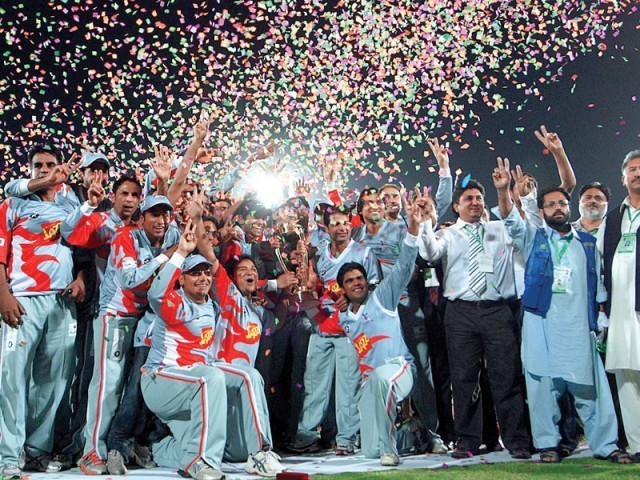 Being a blend of energetic young talent and experienced players, the Sialkot Stallions has all the ingredients of a top-flight outfit. PHOTO: APP

A selector once associated with the Pakistan Cricket Board (PCB) said that he would not hesitate to select players from even a small town if their performance outshone cricketers from other parts of the country.

The point that he wanted to make is that quotas should not be set per region and teams should be selected in the best national interest, irrespective of which provinces and cities the players come from.

Nowadays, a lot of effort is being made by the PCB think-tank to form a formidable squad for the ICC World Twenty20 in Sri Lanka. Amid discussions on who should participate and who should lead the side in the biennial tournament, I wondered – in light of the former chief selector’s thoughts – what if we send the Sialkot Stallions, our most successful domestic team in the format, to represent Pakistan?

Though Sialkot has never performed at the international arena before, I found many points favouring the argument.

Unlike the national team, Sialkot has shown consistency since the inception of the shortest format on our domestic circuit in 2004-2005 by winning seven out of 10 National Twenty20 and Super Eight competitions.

Being a blend of energetic young talent and experienced players, the group has all the ingredients of a top-flight outfit. It has a swashbuckling batter, Imran Nazir, who can turn the tide on the opposition single-handedly over and over again. Further, the team possesses impressive talent in Haris Sohail who has shown potential for performing at the international arena in the recent edition of the Super Eight event.

The team’s most experienced all-rounder is Rana Naveedul Hasan, who also is a match-winner. Finally, the team has seasoned campaigner Shoaib Malik as its leader and he has handsome experience of leading the Pakistan national team.

The spin department, with the likes of Test player Abdul Rehman, upcoming left-arm spinner Raza Hasan and an overall decent fielding show make the team a well-balanced one.

The most convincing fact about Sialkot is that it plays as a unit and is never indifferent to its members, a characteristic which the Pakistan team often lacks. These are all traits that the national team could do well to emulate.

A reporter for the sports desk of The Express Tribune

ICC Champions Trophy: Pakistan is the team to beat!

Have Whatmore and our selectors failed us?

Pakistan: Gold medal in political drama no medal in Olympics