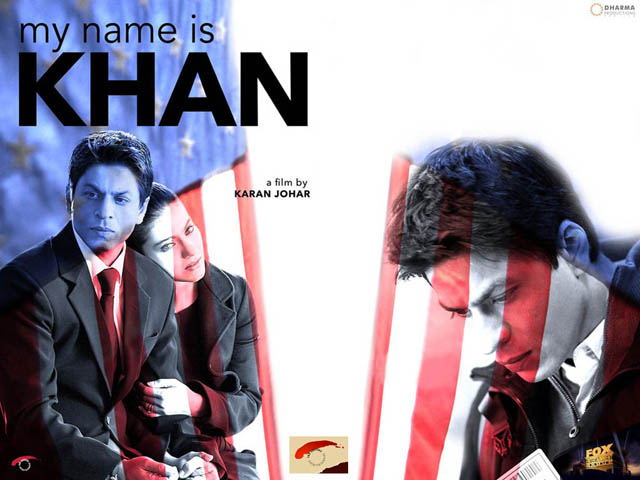 The movie also explores the dimension of how segments of the Islamic population get immersed in self-victimisation and insularism, deepening the divide between the west and themselves.

‘My name is khan and I’m not a terrorist’. This tagline of a popular Bollywood film evokes a myriad of emotions and political connotations. It alludes to the chasm between two socio-cultural forces; the West and the Islamic world, which pervades at both the institutional and human level.  It feigns the yearning of the ‘moderate’ Muslim, to break out of the shackles of stereotypes in the wake of an ever-growing xenophobia in the West, fomented by ongoing episodes of terrorist plots targeting western interests and people. Furthermore, it illuminates the aspiration of such Muslims to transcend the archaic, rigid ideals held by pockets of their own background and to propagate the pertinent message of peace, rooted in Islam.

Tracing the origins of how stereotypical representations make their way into popular culture, would take us to the purveyor of ideas.  The media is possibly the most dynamic generator of viewpoints in the world today and hence plays an instrumental role in crafting opinions. Historically speaking, the Western media has overwhelmingly portrayed the Arab and South Asian population as symbols of malice and primitiveness, whether in Hollywood movies, TV shows or news footage.

A related  contention is that of  Edward Said, a post-colonial theorist, who states in his  thesis termed  Orientalism: ‘’ Very little of the detail, the human density, the passion of Arab-Muslim life has entered the awareness of even those people whose profession it is to report the Arab world. What we have instead is a series of crude, essentialised caricatures of the Islamic world …’’ The frequent portrayal of the Muslim world in such forms insinuates that perhaps the majority upholds retrogressive traits.  Subsequently, what is lost on many among the westerners is that the true essence of Islam lies in tolerance and harmony and also that Arab and South Asian history is rife with emblems of culture and intellect.

The movie also explores the dimension of how segments of the Islamic population get immersed in self-victimisation and insularism, deepening the divide between the west and themselves and viewing the former with suspicion and hostility. This presents a useful analysis of some Muslim immigrants who isolate themselves and shun integration and tolerance, therefore falling prey to belligerent preachers who lure them towards the path of fanaticism and violence. Their reticence to approach religion in a holistic and open minded fashion thus acts as a precursor to extremist tendencies.  The simplicity with which Khan’s character interprets the tenets of Islam is incredibly rousing, citing examples from Quranic verses like one advocating that in the eyes of god, the killing of one person is equivalent to killing the whole of humanity.

My Name Is Khan is a breath of fresh air in that it sheds a different light on Islam, one that is rarely glamourised and glorified in popular culture. In the current socio-political climate, a film which portrays the trauma of an individual pressing against dogmas of racialism and bigotry is a boon, putting across provocative emotions on a large canvas, in a mainstream, commercial film.  Through its protagonist, the movie embarks on a relentless journey to prove that Islam bears those values of peace, harmony and compassion which are essential to all religions and are intrinsic to the universal principles of humanity.

Cinema is capable of stirring the audiences with poignant dialogues and scintillating imagery and hence can act as a powerful pedestal to create awareness.  My Name is Khan very effectively treads that path and cleverly uses an autistic man as a conduit to invoke a realisation of how one tends to get alienated from one’s self by the traps of hatred and ignorance. It opines, on a note of great optimism that the human race has an ability to overcome differences and to stand united under a common umbrella: That more than cast, creed or culture perhaps if our sources of identity are closer to our human nature, imbibing love and concern for fellow humans, the world would be a more peaceful and liveable place.

Ethnic divides, an end to the Quaid's vision