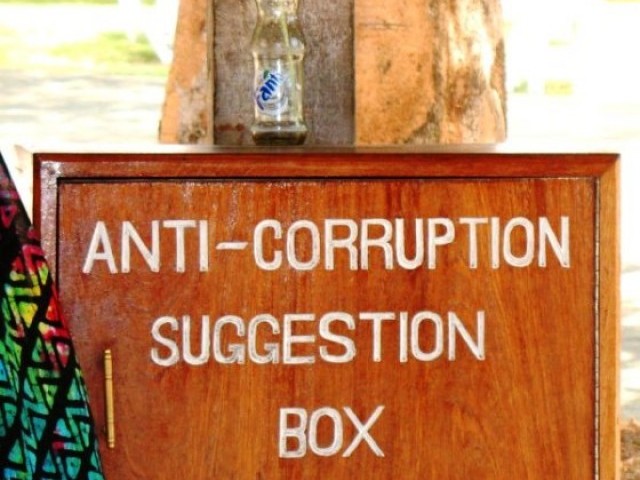 The present era is being called the age of corruption by many in Pakistan. Ranging from the National Reconciliation Ordinance to the growing allegations of corruption within state institutions, the perception of the current regime being highly corrupt has solidified.

Ivan Krastev in his 2004 book titled Shifting obsessions: three essays on the politics of anti-corruption, writes:

This story that Krastev writes about, points out how during the 1990s, global entities such as international financial institutions, Western governments, international media and multinational organisations, developed a consensus with “local civic groups, local media and reform-minded politicians” to move forward with a new anti-corruption movement.

This mantra was an extension of Milton Friedman’s doctrine of unfettered economic markets. His work in popularising the idea of the free market fed into a wide-scale drive for economic liberalisation. At the heart of this concept, the government’s role in economic life would be rolled back, public institutions privatised, and welfare-oriented programs slashed.

It was in this environment, that anti-corruption rhetoric was used to reinforce the idea of curbing the government’s role in the free market. The World Bank and the IMF also supported such broad-based campaigns. The obsession with corruption has had an inane impact on policy-making in Pakistan. With the focus on transparency, policymaking has become limited because it feeds into the realm of free-market fundamentalism. The inability to critique the policy has meant that on a political level, it creates an environment in which crucial policy issues are not discussed. Hence, the irony is that the discourse on corruption, aimed at alleviating poverty levels, feeds into the ideological hegemony of the very free market that has been responsible for increasing poverty levels in Pakistan.