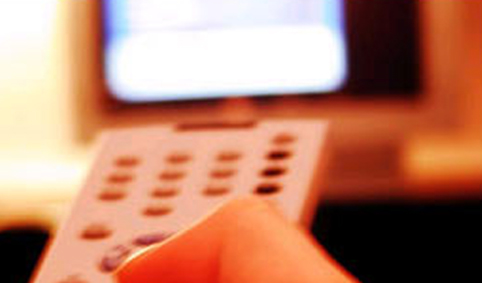 We are sick of our country’s miseries. We are tired of hearing more bad news. So we just change the channel.

“We request the people to stand united in these trying times.” I hear this lingo on news channels during problems, crises, disasters and catastrophes.

But now it seems people don’t want to stand united. They don’t want to have anything to do with the problems engulfing the country.

My mother practically groans, “Please switch off the news channels. It’s so depressing.”

It’s called crisis fatigue. We are sick of our country’s miseries. We are tired of hearing more bad news – even about the national team’s losses.

So instead of doing something about it, we choose repression and escapism. We run away, find distractions and live in the ‘sab acha hai’ mode. But this doesn’t mean that we don’t care – we do feel guilty and do believe that we do have some responsibility.

When one listens to the radio and watches the television, there is a general dissatisfaction regarding our poor response to the floods. “In comparison to the response during the October 2005 earthquake, people have done nothing,” complain officials.

Do you blame us? There is a severe lack of trust, hope and inspiration. We don’t know where our donations will end up. We don’t think we can make a difference anymore because some big-shot will stomp over all our efforts. We are not motivated.

However, I choose to shrug that off, like I have been shrugging off bad news. “No, I am not blowing off my duties,” I try to console myself. But is it my ‘duty’ to go out of my way to help my fellow citizens in need? Is it not the duty of the government?

Even after much introspection, the predicament is still there and I am back to square one. My short-term solution: I change the news channel quietly and start watching a chick flick. Sab acha hai, right?