Why Imran Nazir should be on the T20 team 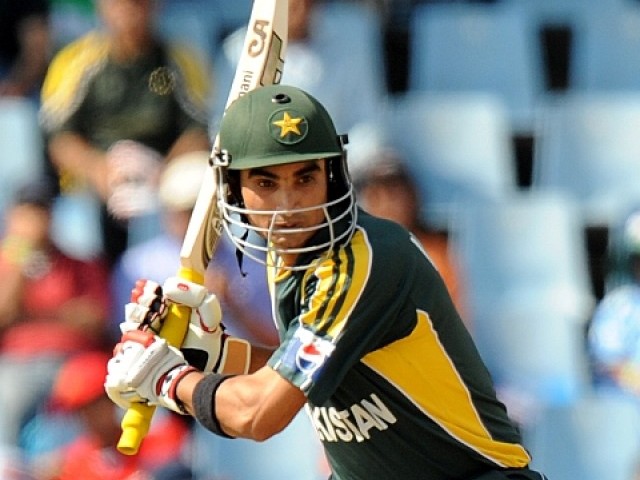 There are plenty of reasons which prove that Nazir deserves to be part of the team, while the PCB cannot even give one good reason as to why he should be dropped. PHOTO: AFP

Imran Nazir, a talented right-handed batsman and consistent performer in the T20 format, is desperate to get selected for the Pakistan T20 squad. While there are plenty of reasons which prove that he deserves to be part of the team, the PCB cannot give one as to why he should be dropped.

If the PCB is of the opinion that Imran Nazir was given chances but he failed to prove himself, I would like to ask them if he has ever failed in the T20 internationals. It just doesn’t make sense to drop him from the T20s when it was the ODI format where his performance was lacking.

Nazir has an average of 23 in the 16 international T20 innings that he has played, which is a pretty decent average for this format of the game. I believe that the youngster can further improve if he gets to play on a more permanent basis.

I have compiled a list of 10 reasons which I believe prove how productive Imran can be if he gets selected for the T20 team. Here they are:

1. We can say without a shadow of doubt that Nazir is the best opener for Pakistan’s T20 format at the moment. He can dominate the bowlers and can take the game away from the opposition on his own.

2. He is an aggressive player who does not succumb to pressure and bats with dominance under all conditions.

3. Is there a hitter cleaner than him in Pakistan? Of course, not.

4. A batsman needs to be consistent to be a permanent member of the team. Imran has always been steady in the T20 format – the statistics speak for themselves.

His recent performances in the Bangladesh Premier league (BPL) and the Super Eight T20 cup have been marvelous. In the Bangladesh Premier league, Imran Nazir was the second highest scorer of the tournament with 390 runs in 11 innings at an average of 43.33 and strike rate at 156 respectively. He brought the same form to the Super Eight T20 cup in Pakistan, scored 191 runs in five innings at an average of 47.

What else does a player need to get selected?

5. Imran is the kind of player who is capable of putting the opposition under pressure early in the game, and making things easier for the coming batsmen. In fact, just having him on the crease is enough to exert pressure on the other side. He doesn’t choke in big matches, but performs really well like he did in the final of Indian Cricket League (ICL) and BPL.

Who can forget his brilliance when he represented Lahore Badshahs in ICL and stole the show in the final match? He played a memorable innings of 111 runs from 44 balls with 11 sixes and seven fours, massacring all the bowlers that day.

He has also been consistent during the BPL and the Super Eight T20 Cup. There’s no doubt about the fact that he played an immense part in the victory of Dhaka Gladiators, making them the champions of the first BPL.

Moreover, his domestic team Sialkot Stallions has also won seven titles and he always had a contribution in those wins.

6. Now coming to his performance in the first T20 World Cup, Pakistan might have beaten India in the final easily, had Nazir, after playing so well that day, not gotten himself unluckily run-out.

7. He has always been a fantastic fielder, and saves about 10-20 runs in every match. He also serves the vital role of lifting the spirits of his fellow bowlers.

8. The guy has been very athletic since he started his career, and has been a fast runner between the wickets. He likes exerting pressure on the field with his quick running.

9.  If you have ever been to the stadium to watch Imran Nazir play, you will know just how crazy the crowd is about him. When he is fielding on the boundaries, the stands go wild with excitement, and some people turn up just to watch him bat in front of them. He is a crowd pleaser for sure.

10. He lacked maturity in his early days, but now he seems to have improved. This makes him a complete batsman and leaves no excuse for the PCB to drop him from the team.

Given all of this, the PCB can only possibly offer two feeble excuses for not selecting him. The first one could be that he doesn’t have the temperament, and the second could be his attitude.

But do we need temperament in T20s?

No, we have to have an aggressive batsman for this format. Even a terrific batsman like Alastair Cook doesn’t get selected for the England T20 squad because he is not aggressive enough.

As for not showing good attitude, didn’t Imran Khan, Wasim Akram, and Shoaib Akhtar have an attitude problem too? I am not trying to compare Nazir with any of these legends, but I am saying that one shouldn’t be ignored on this meaningless basis.

All I can say is that even now if he doesn’t get selected for the Pakistan T20 squad after a terrific performance in the Super Eight T20 tournament, it will be attributed to pure bias and ignorance on behalf of the PCB selection committee – a committee known for selection based on favouritism.

An enthusiastic follower of Football and Cricket, who lives in Rawalpindi. He tweets @Cricket_GEE