Women face an uphill battle in the corporate world 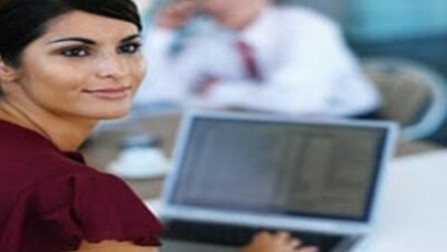 Even though women play a vital role in the economic development of a society, their contribution is rarely acknowledged.

I had just completed my MBA and was in the process of applying for jobs in Karachi when I received an interview call from an organisation through my college graduate directory.

It was a small organisation but I decided to go for the interview just for the learning experience if nothing else. I cannot disclose the name of the organisation but my interview was taken by a panel of three men. I was asked a total of three questions in my whole interview, which were “What is your area of interest?” “Do you think being a female you can handle a marketing job?” and the third one: “Are you engaged or married?” The interview was conducted by only one person while the other two men kept whispering comments to each other. As I got up to leave, I overheard one whisper to the other how he felt a female shouldn’t work but all the same they should hire me because the work environment would become more entertaining.

I tried to ignore his comment but something inside me snapped. I turned around, walked back to the table, picked up my resume, told them I wasn’t interested in working for an organisation where people were so unprofessional and left.

It is an open truth that working women have to face problems just by virtue of their being women. Gender bias creates an obstacle at the recruitment stage itself. When it comes to remuneration the law proclaims equality but it is seldom put into practice. Women on the way up the corporate ladder discover that they must be much better than their male colleagues to reach the top.

After working in the corporate world for a while I have realised that working women end up in a no-win situation. In order to be considered fit for a top position a woman is expected to be as tough and authoritative as a man. But when she acts like that, this behaviour is considered undesirable.  Jamieson (1995) calls one such dilemma the femininity-competency bind. Acting ‘feminine’ is associated with incompetence, and acting “competent” is associated with masculine traits.

Most MNC’s such as Shell, Unilever and P&G are supportive of working females. Therefore, they give ample maternity leave and also provide daycare centres within the work premises for employees. On the other hand, in local organisations maternity leave is seldom given. It is considered much easier to terminate the woman’s employment and hire someone else. I know of a local organisation which made conditions so unbearable for a woman that she was forced to hand in her resignation before availing her maternity leave.

As modern as our organisations may be, women in the corporate world are still subjected to sexual harassment, which could be in the form of colleagues or seniors offering unwanted attention or interfering in the personal lives of their female subordinates. On the other hand, if a woman is praised for her work or promoted on merit, her colleagues do not hesitate to attribute it to sexual favours.

Even though women play a vital role in the economic development of a society, their contribution is rarely acknowledged. Despite these problems women in Pakistan are found in executive positions today in organisations such as Unilever, Shell, UBL, HBL etc. I truly admire these women who have worked their way up the corporate ladder by overcoming these obstacles. Although these women have made enormous gains in the business world, it is not a revolution but a strategy of small wins, a series of incremental changes aimed at the subtle discriminatory forces that still reside in organisations.

My father's battle with Parkinson's

They're armed, dangerous and crazy about lawn!

If you're 'fair and innocent', will you marry my son?

KESC misdeeds and the abuse of power