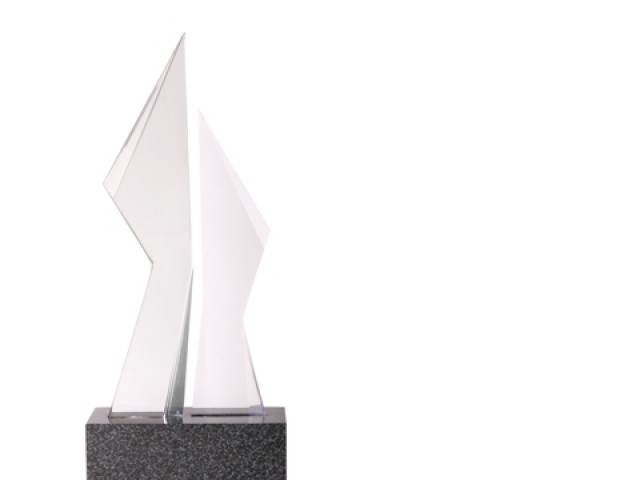 An important decision made at the awards ceremony was that in future no government representative would ever be invited to hand out awards.

By several accounts the ceremony for distributing Agahi Awards, Pakistan’s first journalism prizes, at the Pak-China Friendship Centre in Islamabad was a special event. First, because the heads of press clubs from across the country including National Press Club (Islamabad), Multan, Lahore, Quetta, Peshawar, Karachi, Azad Kashmir and Tribal Areas attended it. Second, no top government representative showed up at the event — encouraging organisers to take a major decision. The information minister was invited to the event but the ceremony couldn’t make it to her priority list.

An important decision made at the awards ceremony was that in future no government representative would ever be invited to hand out awards among journalists for their good work and instead respected and established journalists would be invited to present these prizes.

While the ceremony became memorable for those who won awards, others enjoyed it for the chance it offered to interact with their fellow journalists. Journalists from Balochistan spoke to their colleagues from Khyber Pakhtunkhwa on how they dealt with dangers while reporting on issues considered ‘sensitive’. Journalists from Punjab and Sindh shared how reporting in Lahore differed from reporting in Karachi and what could be common safety measures for reporters at these places.

Topics ranging from separatist movements to extortion tactics and commercialisation of media to pressures from state and non-state actors were discussed between journalists on the sidelines of the awards ceremony.

Interestingly, not a single award winner lamented not receiving the prize from the hands of a federal or state minister rather they felt happy to have received the same from fellow senior journalists.

Mishaal Pakistan, which organised Agahi Awards, also screened a short documentary on those journalists who lost their lives in the line of duty. Sadly, there were many journalists whose pictures weren’t available and only their names popped up on the screen.

Like other winners of these first journalism awards, I feel that more organisations should come forward to announce journalism awards so that the concept of quality journalism could be promoted and journalists could get a change once or twice in a year how their fellow in different parts of the country are working to report on different problems and issues.

This, in my opinion, will not only encourage journalists to work harder but also help to promote unbiased quality journalism.