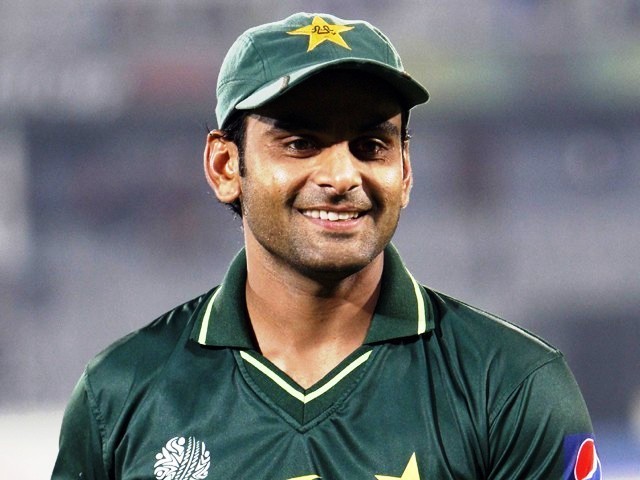 He does not hit mammoth sixes like Afridi, nor does he celebrate every wicket in his style. He quietly goes about his business in the field and does not star in ‘Cool Cool’ commercials. PHOTO: REUTERS

When Pakistan cricket was hit by the spot-fixing scandal two years ago, many thought it was going to be the cause of demise of cricket in the region. We felt humiliated when two of our best bowlers and the captain were found guilty of deliberately bowling two no-balls against England at Lord’s. However, soon after that Pakistan not only managed to reach the semi-finals of 2011 World Cup but also managed to destroy the number one Test side England by white-washing them 3-0.

Pakistan’s success in the World Cup has been attributed to the sharp but sometimes erratic leadership of Shahid Afridi, while their almost flawless performance in Tests has been brought about under the captaincy of Misbahul Haq. While it is only fair to give both of them credit in resurrecting Pakistan cricket, there is one man who stands miles ahead when it comes to individual contributions.

Most Pakistanis would think that the person worth discussing here would be Shahid Afridi himself but, surprisingly, it is not. One player in my opinion has been instrumental in rescuing our team – Mohammad Hafeez.

Hafeez is the low-profile all-rounder who mostly keeps to himself during matches; he does not hit mammoth sixes like Afridi, nor does he celebrate every wicket in his style. He quietly goes about his business in the field and does not star in ‘Cool Cool’ commercials.

In fact, due to our unconditional love for Afridi, we have overlooked Hafeez’s contributions in rescuing Pakistan. In a society where it is a sin to criticise Shahid ‘Boom Boom’ Afridi, there has not been a single article or blog acknowledging the Professor’s significance.

When Afridi scored a 22-ball 30 and took one wicket in the Asia Cup final after a dry spell of five matches, he was rewarded with accolades. But the most consistent all-rounder of the last couple of years has been mostly overlooked by our public.

Hafeez made his debut in 2003 and even played in that year’s World Cup, however he did not perform consistently and was dropped. He was picked for a few matches in 2005 and 2006, but apart from a few decent scores he again failed to make any substantial contributions with either bat or ball.

It was in 2010 that proved to be the turn-around year for him but the same year proved to be one of the darkest in Pakistan cricket with three of the team’s frontline players axed due to a spot-fixing scandal. While Test format proved to be too demanding for ‘Boom Boom’, the calm and composed Hafeez scored pretty decently in the ill-fated tour of England.

In the ODI format, Hafeez has a similarly exceptional record as an all-rounder. Since 2010, in 51 matches, he has scored 1,759 runs at an average 36.6 and taken 42 wickets at an average of 33. He is perhaps the most consistent opener Pakistan has seen since the days of Saeed Anwar.

You can never count out Hafeez in any type of format. If he fails with the ball, he strives to compensate for it when he bats and when he disappoints with the bat, he curtails the flow of runs with the ball.

He has troubled many of the world’s batsmen recently and unlike Afridi and Umar Akmal, once he is set, he seldom throws away his wicket by playing needless shots. With his consistency he has proven himself to be a vital part of Pakistan cricket.

Mohammad Hafeez is the unsung hero of our cricket team. He is the real Boom Boom, a more consistent and dependable one.

A dentist who is passionate about cricket and politics. Shariq currently lives in Riyadh, Saudi Arabia and tweets @shaq_najeeb.

Why we hate Misbah