When will project Jihad end? 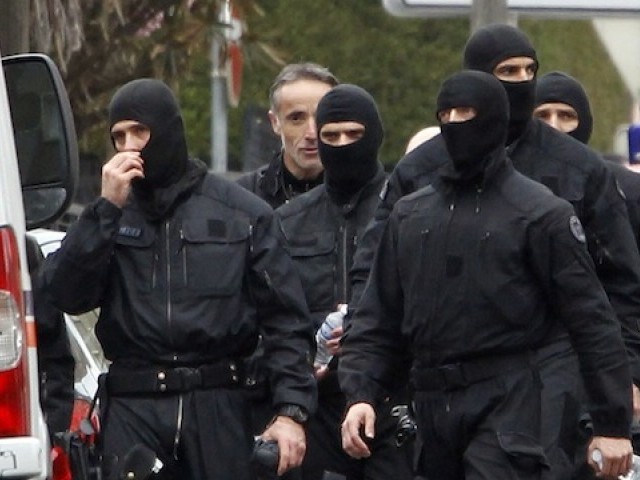 According to media reports, Mohammad, just like so many others before him, visited Pakistan twice before going on his killing spree. PHOTO: REUTERS

Another man, another terrorist incident, another country and another trail of blood-laden footprints leading back to Pakistan. Mohammed Merah, the French citizen of Algerian extraction finally gave himself up and, for better or for worse, was shot dead at the hands of French forces after a prolonged siege at a housing estate.

The 23-year-old killed seven Frenchmen, including three solders, to “avenge Palestinian children” and protest against French military interventions overseas. According to media reports, Mohammad, just like so many others before him, visited Pakistan twice before going on his killing spree.

The purpose, presumably, was to freshen up his shooting skills and to sharpen the pointy bits of his ideology. Any less reformed part of his faith would also surely have been flattened out while he was at it.

The puritans of the land of pure have already taken a deep breath in, ready to burst out in a chorus denying any such link, their ever-sensitive noses sniffing out yet another conspiracy to malign the only “nuclear Muslim country” on part of the West. If there was not so much blood, gore and violence involved, this amusing semi-Newtonian cycle of action, denial, reaction and back to action, would have been an entertainment of a fairly high order.

As far as Mohammad Merah is concerned, a killer has reached the end of the road. There are other foolish ones like him too, perhaps not of the same carat, but they are present in almost every society.

Similarly, the world isn’t void of charlatans, at least not of the same calibre as ours. What it has managed to do in the least, and what we still need to figure out how to do, is to keep a fair bit of distance between the foolish and the charlatans. If one thing needs to be done in the interests of national security, this is it.

Pakistan has been the most popular place in the world for quite some time now where the charlatans and the foolish are allowed to intermingle and interact freely. On account of frequent stories like Mohammad Merah, it seems that the fools do not even require a visa for the privilege.

The Sioux had a saying:

We don’t inherit this world from our ancestors. We rather borrow it from our children.

Sadly, this ancient mode of thinking is far wiser than what our two successive generations have managed; the pre-Zia generation, so grossly entrenched in the modus operandi of the Pakistan of 1960s and 1970s, and the Zia-generation, brought up with Islamisation and Jihad in full swing, and now in the process of taking the baton of running Pakistan.

Entrenched in preserving and passing on the prejudices of the ancestors gone by, the two generations have insured that the Pakistan of tomorrow does indeed pose a very gloomy picture. Then, of course, there is the overzealous lot hell-bent on multiplying these prejudices before passing them on.

What has been the result? All the accumulated follies of years have taken a toll on the nation’s psyche. We have attained a nuisance value amongst the nations of the world and worse still, we have learned to exploit and even enjoy it. We even have a word for it, it is called the “geographical importance” of Pakistan.

The propagation of Jihadi ideologies, tolerance of medieval places of learning and patronage of extremist elements within the society all contribute towards this ‘geographical importance’ (read nuisance value) of ours. This sorry state of affairs is all set to continue unless we  miraculously put off targets we so lovingly chose for ourselves.

Will we ever become a normal country, one preoccupied with improving the quality of life, the Human Development Index, the literacy and the life expectancy ratios of its citizens?

A passing glance at the projects that will have to be cancelled, Project Jihad being one of them, makes it a big request. The amount of intellectual and physical real estate at the disposal of this Jihadist enterprise, so affectionately created by us, will ensure that any attempt at clipping its wings will end up to be a bloody endeavour.

One Lal Masjid (red mosque) and the extremists within caused havoc for months in that terrible year. Imagine a bigger endeavour aimed at introducing a single curriculum, sure to drain all that is held dear at our madrassas – all at the same time. Good luck to change!

Perhaps one day, a few Mohammad Meras will get together and end up with something really terrible. That day will bring a real change in Pakistan. The world outside will ensure that we burst our bubbles with our own hands. On the current evidence, Project Jihad will continue till that time comes.