For economy’s sake: Can India and Pakistan forgive and forget? 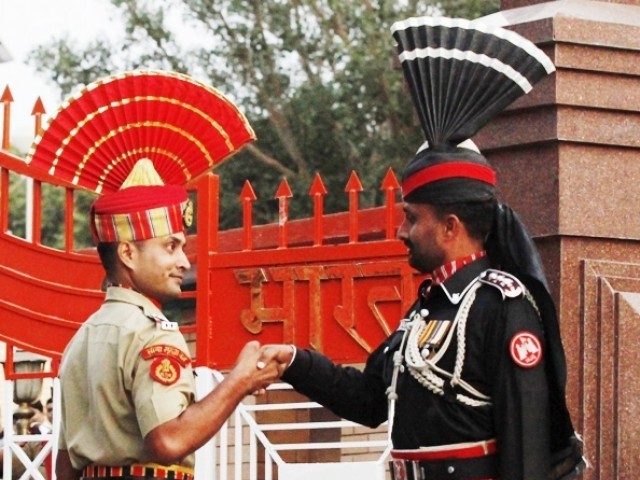 When geography and history become prisoners to politics, it’s destiny that becomes the real victim. A realisation is dawning on South Asian countries that by pandering to narrow political vision they have invited misery, backwardness and suffering for their own people. Their potentiality has become stilted at the altar of political bickering which stunts the economic growth of the region.

How can these historical shortcomings be overcome? How can we rewrite a new history of economic integration? Representatives from all the South Asian countries gathered, in New Delhi recently, to mull over a new destiny for the region that shares a common history but contentious politics.

The occasion was the third Indian Council of World Affairs-Association of Asian Scholars (ICWA-AAS ) Asian Relations Conference on “Transforming South Asia: Imperatives for Action”. The two day deliberation was marked by the spirit of camaraderie and an open and frank discussion on how to bring the nations of the South Asian Association of Regional Cooperation (SAARC) together on a single economic platform. The idea was to see if the region could be able to replicate the European Union model.

But for this idea to become a reality a paradigm shift in thinking is needed. This realisation exists among the major players of South Asia, India and Pakistan. The representatives of India and Pakistan didn’t indulge in a blame game but instead chose to address the larger issue of cooperation, how to leave the checkered history of the subcontinent behind and lift the population from poverty and deprivation.

The countries of South Asia are truly at a historic crossroad. They can either remain under the heavy burden of their checkered history, overwhelmed by their inter-state and intra-state conflicts, and therefore be unable to lift the population from poverty and deprivation, or they can learn to live and work together, taking advantage of the vast opportunities for development, trade and cooperation that are opening up.

This is not a mere statement, but a new voice from Pakistan that wants to defy the traditional narrative and embrace the new realism of a world that sees its salvation in economics and not in politics.

In this voice, there is a plea to the world to look at Pakistan not from the prism of the army, ISI or Taliban and other regressive forces, but to understand the silent but strong urge of the people to carve out a new destiny for their hapless nation.

The young scholar, who has been quite a hit with the Indian audience in Delhi, says:

The last five plus years, Pakistan has faced the most serious challenges ever. This has resulted in several paradigm shifts and new trends that have emerged in the polity of Pakistan. These challenges can be turned into opportunities, if these new developments are consolidated. They may have a favourable impact on Pakistan itself and on its regional relations. The most prominent of these is the democratic transition in Pakistan, the changing Pakistan-US relationship, the situation in Afghanistan and imperatives of economic liberalisation

It was Baqai’s first visit to India and she was determined to convey a new prevailing mood of her country to New Delhi; whatever the past may have been, the future will not be the same. She was willing to accept the folly of past rulers and the failure of the Pakistani establishment earlier, but at the same time, wanted to warn her larger neighbour not to undermine the capability of the new generation that is looking forward to putting the legacy of the past behind them and rebuild a new destiny with a new vision.

Can democratic India demonstrate this broadness of vision? Can it try to understand the pain of a neighbour that wants to free itself from the prisons of the past? Can India stop putting Islamabad on the defensive by raising the same old issue of jihadi organisations and cross border terrorism? South Asia’s economic integration depends greatly on the answers to those questions.

We must not let political differences and fears stop the processes of the South Asian integration. At the same time, states in the sub-region must begin to meaningfully address and resolve the political issues and disputes that divide them. In the meantime, we should also move forward much more rapidly on connectivity, including energy and grid connectivity, tourism, people to people, trade and economic links that can make such a major contribution to improving our future.

The European Union became a reality only when the traditional rivals France and Germany put aside their historical and political differences. To achieve the objective of social integration through economics in this region, India and Pakistan will have to play a constructive role in realising the historical mandate of a shared economic vision of SAARC.

For this vision to become a reality there must be more people to people interaction among the South Asian countries, liberal visa regime. Students should be encouraged to visit different countries of the region to have greater understanding, journalists should have greater access to the different countries and all kinds of sports, cultural activities and exchange programs should be encouraged between the nations.

Historical evidence shows that there will always be elements in India and Pakistan who would come in the way of a meaningful engagement between the two nations, there will always be an attempt to make South Asia the nerve centre of the global fault lines; but the time has come when the people need to understand that by fighting others’ strategic war we are only harming our own interests.

It’s time to leave the past behind and look to making a brighter future for the generations to come. The time has come for a new idea to take root in the subcontinent.