Does Pakistan need a Turkish leader to succeed? 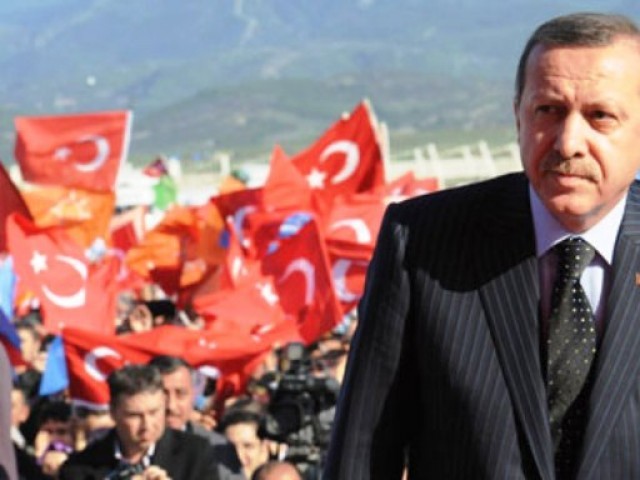 It is remarkable what a leader, committed to serving the nation he believes in, can do to a country’s fate. Turkey’s Recep Tayyip Erdogan is a case in point. PHOTO: REUTERS

It is remarkable what a leader, committed to serving the nation he believes in, can do to a country’s fate. Turkey’s Recep Tayyip Erdogan is a case in point.

When he came to the helm of affairs in 2003, Turkey was at the periphery of economic development in Europe. A continuous stand-off between its civilian leadership and the military did not help matters either.

After coming into power that year, Erdogan’s Justice and Development Party (AK) made Turkey a real success story in the economic realm, providing an excellent example of how institution-building and well thought-out public policies can translate into tangible change in people’s lives.

The country not only witnessed a record 26 quarters of persistent economic growth with average GDP surpassing 7.3 per cent but also experienced low inflation. As employment opportunities grew, so did living standards for all Turks.

Economic prosperity had a multiplier effect not only in the economic sphere but also the political one. Backed by popular support, Erdogan managed to rein in the country’s powerful military, a trenchant critic of its civilian administrations. The generals could no longer stage coups and dismiss people’s representatives at will because the public appetite for that had all but disappeared.

The question that keeps nagging me is that can Turkey’s experiences be replicated in Pakistan? Judging the way things are at present, one has reservations.

There are two reasons for this. First, Pakistan’s leaders do not have a viable economic plan, what to talk of long-term policy formulation when leaders cannot even address basic energy needs of the country. At the same time, facets of urban development as basic as the procurement of potable water remain absent for a majority of the country’s population, while those below the poverty line continue to register an exponential increase.

Second, our leaders do not have the capacity or the charisma to engage in reforming society. Erdogan had Islamist roots but he did not let that impinge upon his role as leader of a nation. Hailing from a middle-class background, he combined facets of the welfare state with his Islamist leanings while attracting votes in the countryside.

I doubt whether Pakistan’s leaders can rise above their petty differences, ideological positions and vested interests to rise for the country they profess to be serving.