Use or abuse: How far will social media activism go? 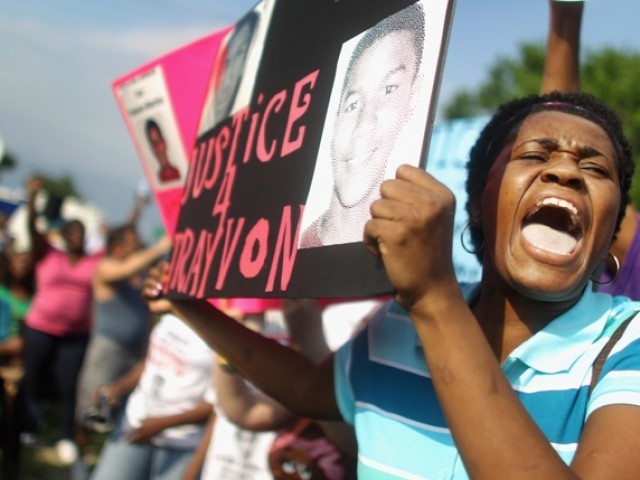 Social media and the power of its voice has brought to the forefront an issue which would have otherwise been disregarded .PHOTO: AFP

On 26 February 2012, an unarmed African American teenager Trayvon Martin was shot in the chest by George Zimmerman. Minutes before the shooting Zimmerman called 911 and allegedly said – as has been proved by the release of dispatch tapes – that Trayvon “looked suspicious.” He claimed self defense and no charges were filed, however when police arrived on the scene all they found with Trayvon was a can of iced tea and a bag of candy.

This incident did not explode on  mainstream American media for a while. But the uproar was loud and clear on social media platforms. It became big on Twitter, Facebook and blogs before it translated into headline news. Currently, the justice department is looking into this case. This reminded me of our social media activists.

It’s not a newsflash to anyone who uses Twitter or other social media forums that stories often break on these platforms before they come on television or other conventional forms of reporting. The advent of an onlooker’s ability to report an incident has changed the game. Others that have to get a team out there to report are left running just to catch up. Even more important, as was the case in this incident, is the social media’s ability to bring to the limelight stories which are otherwise ignored or put on the back burner for a myriad of reasons.

It has become almost impossible to sweep stuff under the carpet anymore, because someone always knows about it and has the ability to broadcast it from their cellphones. This ability and the power to bring to light previously ignored issues has granted social media prime watch dog status the world over today.

Here in Pakistan, we have been a bit late in catching up, but as cellphone penetration grows by the million, social media has started to make its presence felt. Consider the Rangers shooting incident, the Maya Khan story and even the recent issue about possible internet filtering by the government.

In each of these incidents, it has been the social media and the power of its voice, that has brought to the forefront an issue which would have otherwise been disregarded or at least not covered in the same focus as it was forced to.

Not so long ago, Pakistan’s broadcast media was also set free, ironically by a dictator, and we saw mushroom growth from then on, into the rabid ratings-oriented ambulance-chaser it is today. They say nothing corrupts like absolute power; we saw the same thing happen to our mainstream media; turn on the television and you can witness it on any channel within 10 minutes.

Now comes a point where the same power is slowly but surely coming to the social media. People think this is all hogwash and social media does not have the numbers to back these wild claims. But what they do not realise is that the social media has even more power than our mainstream media because it can actually garner the international spotlight on local issues and force action.

To put a long story short, when an international newspaper or news agency speaks to our mainstream media, they do it with a pinch of salt because they are acutely aware that there are other agendas at work here rather than just investigative journalism. This caution is often not exercised in the case of social media, as recent events in Egypt and the Middle East also show us; it is the word on the street that translates into the voice of a few influencing the many towards right or wrong.

So the question to be asked now is, if we are the watchdog, who is watching us? Is it not important for a body of people who have the power to manipulate opinion to have some sort of rules?

Social media in Pakistan is a mix of several groups with a following of thousands. I am not vilifying it or saying that it is wrong – because this is the future and people who do not keep abreast of what is coming usually fall behind. But can this small group of people be completely trusted to call for justice and force institutions and governments into action without any check on their agendas?

An example is the revolution in Egypt which many of us talk about in glowing phrases. How has that ended? Were the people of Egypt better off before or after the Tahrir Square revolution? What has the changing of guard brought them?

“With great power comes great responsibility,” said Peter Parker’s Uncle Ben once, a comic book adage that will have to be kept in mind by many of our new media gurus as they tweet, campaign and lobby for the change they want to bring in this country. It is foolish to assume that giving people this voice will not have negative connotations.

The best policers of this intent must come from within this community. Or we might become an evil amalgamation of the policy world and reporting sans accountability very soon.