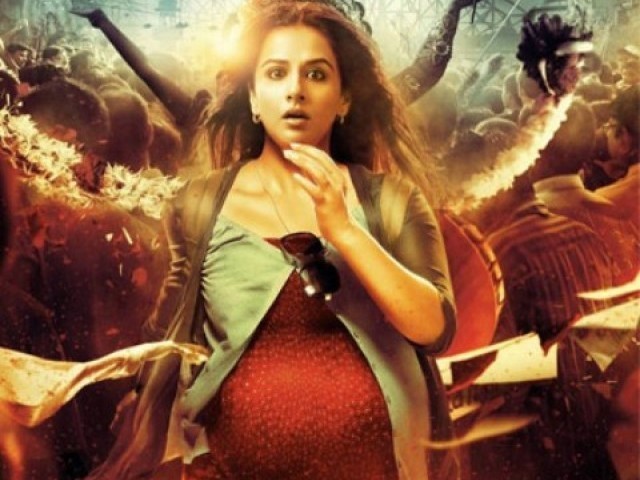 Kahaani is a product of the modern Indian cinema; gone are the days when dancing in the rain was the formula for success.PHOTO: PUBLICITY

Bollywood has evolved a lot in the last five years. Gone are the days when running around trees and dancing in the rain was the formula for success, even though actresses like Kajol did accomplish a lot that way. Kahaani is a product of the modern day Indian cinema, one that is willing to experiment, keep the output quality high and deliver more than it promises.

As we know from his previous directorial and writing ventures like Jhankar Beats, Home Delivery and Aladdin, director Sujoy Ghosh is no Karan Johar. But with Kahaani he has entered a totally new domain of mystery.

The story revolves around a troubled pregnant woman who is looking for her missing husband, collecting clues from here and there with the help of certain people who have their own vested interests in her case.

The film makes you so engrossed in the search that you forget that there could be some twists that you are missing and that some characters might not be as simple as they appear to be. However, that is exactly what Sujoy Ghosh wants you to do and has an apt agent of distraction in Vidya Balan

What more can one say about Vidya; the actress who just bagged the coveted National Award and is single-handedly making commercial films of all genres. I don’t remember the last time an actress became so potent that writers started writing stories keeping her in mind and filmmakers started making flicks just for her. Yes, there have been great actresses in the past but not necessarily all of them were commercially successful. This is the emergence of the modern day Madhuri Dixit or even Rekha. If you thought Vidya was good in Paa, No One Killed Jessica or The Dirty Picture, you should definitely watch Kahaani.

Two more things that go in favour of the film are its cinematography and background score. Satyajit Pande aka Setu is relatively new to the industry and he has done a fantastic job. He was working on a tough brief with varying locations, moods and treatments. His use of natural light in the outdoors is remarkable, close-ups are eye catching and dark scenes keep you at the edge of your seat.

In the background, while several Kishore Kumar oldies give you a real Kolkata feel, “Ekla Cholo Re” (keep walking alone) is mesmerising.

Senior Bachchan’s rendition of Tagore’s beautiful poem is a class act. One has to know a bit of the Bengali language (which I do, courtesy my Bangladeshi wife) to understand the essence of this song and its importance in the film.

Nawazuddin Siddiqui gets the biggest break of his career after several cameos and grabs the opportunity with both hands in his portrayal of intelligence officer Khan. Khan is a rigid, hard-hitting official who does not take nonsense but is willing to use flattery as a weapon when needed.

His confrontations with Inspector Rana are worth watching. Inspector Rana, played by Parambatra Chatterjee, is also a beautiful character. His solo scenes where he is thinking about Vidya, both positive and negative scenarios, show the depth in his role – a job very well done.

Another important character is the contract killer Bob played by Sasawata Chatterjee; something never seen before in Bollywood.

All in all, Sujoy Ghosh has done an extraordinary job with this movie. It was not an easy story to tell especially when you want it to look complicated. His attention to details is terrific and you realise most of it when the film reaches its climax. Here’s a spoiler: everyone in the film has multiple identities, roles or names be it Inspector Rana, the young kid at the Mona Lisa guest house, the National Data Center officer and many others.

While you are watching the movie, you wonder why Rana gave a certain look to Vidya; you wonder if Khan, who looks nice on first appearance, could be a villain. However, when the real story is revealed, you realise that a lot of things were pretty much out in the open and you should have guessed them. That’s the art of contemporary cinema minus some of the heroics towards the end and a narration to explain the missing links. Both Sujoy the writer and Sujoy the director deserve accolades for this work.

As for Vidya Balan, she is definitely the strength of Kahaani. As Shabana Azmi rightly put a few days back, she is fast becoming so strong as an actress that she will make her male co-actors look like dwarves in front of her acting stature and they will be scared of working with her. As of now, Vidya doesn’t seem to care. She is bringing success to her films solely on her own. Who needs a male star when you have your own audience raking in indian Rs41 crore on your film in two weeks? It’s just one more gem; one more FilmFare-worthy performance.

Kahaani has been running for the last two weeks and still had a packed house this Friday at Atrium Cinemas in Karachi. Quite a few screams were heard at the interval and at the climax fight. Everyone left the theater satisfied, their money well spent. It is an excellent film, and I highly recommend that you watch it before it goes off the theaters.