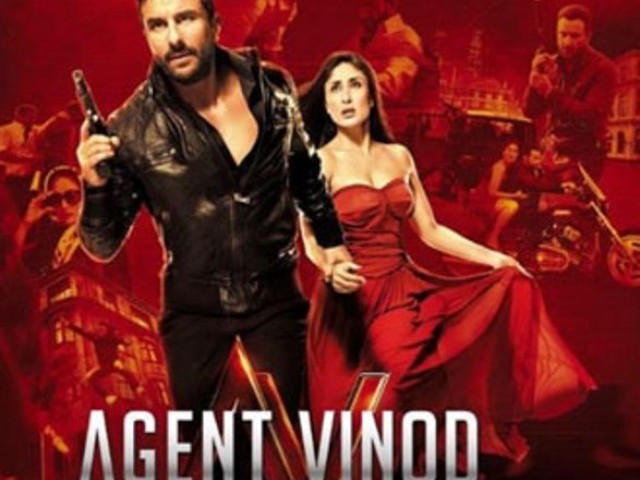 If earlier bans are anything to go by, it’s probably another storm in the teacup. PHOTO: PUBLICITY

This post was originally published on the Wall Street Journal. To read more by Tom Wright, click here.

Whatever the reasons for Pakistan’s decision to ban Agent Vinod, the latest Khan-Kapoor offering, most of us will have to wait for Friday to see what the fuss is about.

If earlier bans are anything to go by, it’s probably a storm in a teacup, more indicative of the parlous state of India-Pakistan relations than the content of what looks to be a pretty lightweight action flick.

An officer from Pakistan’s Inter-Services Intelligence Directorate military spy agency said he had no knowledge of the ban, reported widely by Indian media today. He denied there was a military  intelligence presence on Pakistan’s film censorship body, as reported by the Indian media.

Despite mistrust of India, many Pakistanis love Bollywood and billboards across the country feature the big Indian stars. Yet scores of films from India get banned each year, including Dirty Picture (too lewd), Tere Bin Laden (might annoy Islamists) and now Agent Vinod (unclear).

One could guess (admittedly without yet seeing the film) that Agent Vinod likely caricatures Pakistan in some way or other (Ms Kapoor plays a Pakistani in the film).

On the other hand, it’s equally likely that Pakistan’s censor board is too prickly about these things. Tere Bin Laden, an oddball comedy which starred Pakistani singer-turned actor Ali Zafar, was widely praised by critics. The ban in Pakistan looked like kowtowing to extremists.

Criticism of the armed forces is off-limits in Pakistan. Last year, the military itself produced a drama called “Beyond the Call of Duty,” which featured real soldiers and saccharine story lines about Pakistan’s war against the Taliban.