Why women fight other women 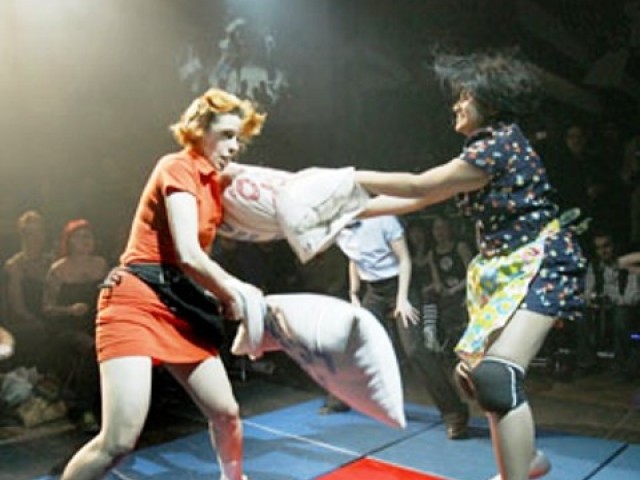 Everywhere we turn, women are knifing each other with their eyes, talking behind their backs, constantly judging and ridiculing each other, and metaphorically pushing each other around. PHOTO: REUTERS

The old adage, “Men can hurt my body, but women can scar my soul,” is one of those undeniable truths all women experience but most easily deny. Because isn’t it easier to blame men for all the injustice, inequality and viciousness we experience rather than assigning blame to our own kind, our own gender, our own sisters?

But everywhere we turn, at home, in high schools and definitely at the workplace, women are knifing each other with their eyes, talking behind their backs, constantly judging and ridiculing each other, and metaphorically pushing each other around.

Whether it’s the mother and daughter-in-law relationship, female friendships in school, or female co-workers, it seems we are constantly pitted against one another. One has to fail, for the other to succeed.

It’s easy to understand this mindset, since there are very few positions of power for women; so of course, women have to fight tooth and nail to get them. And when they do, why would they want to help another to take their throne. No woman helped them get on it, so why should they? And in effect, this vicious circle continues unabatedly and unashamedly, until more and more women fall victim to it.

The common perception seems to be that female bosses are ‘backstabbing’, ‘easily threatened’, ‘emotionally unpredictable’ or ‘irritable’. In fact, according to a survey carried out by the American Management Association, “95 per cent of women felt undermined at some point in their career by other women”.

A study by a PhD student at the University of Texas-Austin claimed that women primarily dress up and own “nice things” in order to impress other women.

All this brings me back to the same question. When men cause women damage in their own ways, then why does the wound caused by a woman hurt more? Is it because we trust each other? Or is it because we are close to them?

It’s because they’re us and we’re them.