Why I will never leave Pakistan 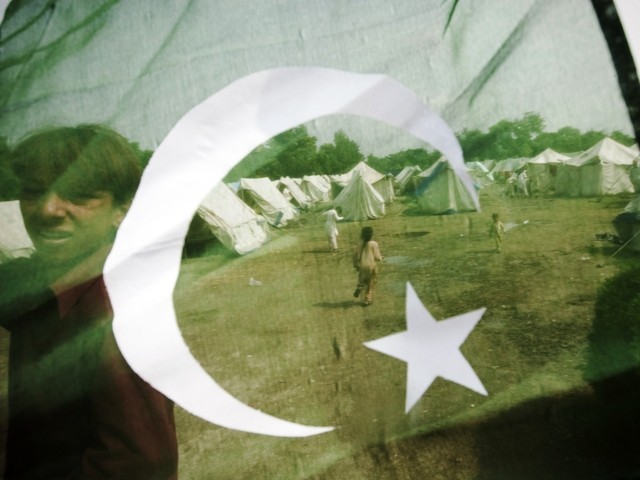 People of my age or younger are eyeing exit strategies much more seriously than before. However I did, still do and will continue to refuse leaving Pakistan and settling somewhere abroad as an option. PHOTO: AFP/FILE

I have been robbed twice at gun point. On an almost daily basis I witness the gross negligence or ignorance towards the concept of civic sense. Traffic cops more often than not are more interested in lining up their pockets with ‘chai paisa’ (money for tea) rather than implementing the traffic laws and regulations.

The festive season in this country sees a surge in prices rather than a celebration of the occasion. Our current government doesn’t carry the best of reputations and is widely thought of as corrupt. The remaining political options consist of an idealistic autocrat, a tried and tested party from the centre and a mixture of extremists and power hungry feudals. There is a general lack in direction of where the country is headed or where the inflation and ability for the common man to survive in this country is going.

The daily news in the papers consists of people getting robbed or murdered. You can also find tussles in the political corridors of this nation between its institutions and establishment. There is a growing ‘brain drain’ trend. People of my age or younger are eyeing exit strategies much more seriously than before.

Despite all this, I refuse to leave Pakistan. I will always deny the option of settling down in some foreign country somewhere.

I do acknowledge that all of the above mentioned problems exist on a grand scale in our country, but at the same time there also exists good and the potential for greatness.

There exists the human strength in coming together in great numbers at the time of need arising after a disaster ( flood relief, earthquake relief); there exists the talent of extremely bright minds in our country; there exists brilliant artists; natural resources; creative entrepreneurs; wonderful musicians; passionate sportsmen, captivating play writers and performers.

Where people see political turmoil, lack of dedication and the ‘Pakistan First’ spirit in our national leaders, I see the great potential and a vacuum for people to make things happen themselves. I see inspiration from the examples of Shaukat Khannum Memorial Cancer Hospital, TCF, Teach for Pakistan, Edhi and SOS village.

The potential and thirst to do good by our country will always remain. We just have to make that choice and actually commit.

We can continue to dwell in useless drawing room discussions about how things are rapidly deteriorating in Pakistan, but what good will this do? What we can choose to do is acknowledge the problems and then maybe do something about them – whatever we can do in our individual capacities.

I will never leave Pakistan because this country has given me a good education, a blessed life and boundless happiness. It is now my time to give back.

I am not, and will never really be interested in getting involved in fixing the political scenario of this country. I don’t believe that is where I can contribute. I believe in humanitarian causes and have already made a choice for myself. I hope and pray to Allah that I get to that point where I have the ability to implement what I have in mind.

Let’s actually start thinking of ‘Pakistan First’ as more than just a random party slogan or a political mileage making sentence; let’s make it a goal. Let’s not just wait around for a symbol of hope for change in this country to come into power to fix things for us. Let’s start trying to fix things ourselves.

The author is a marketeer by day and a blogger by most nights. He loves writing, football (Arsenal! Gunner since '99) and is a delusional romantic of the Pakistan cricket teams. Avid book reader, viewer of sitcoms and general fun lover! He tweets @sammywiseguy85

A day in the life of 78-year-old Riaz

What if I want to be an astronaut and not a doctor?