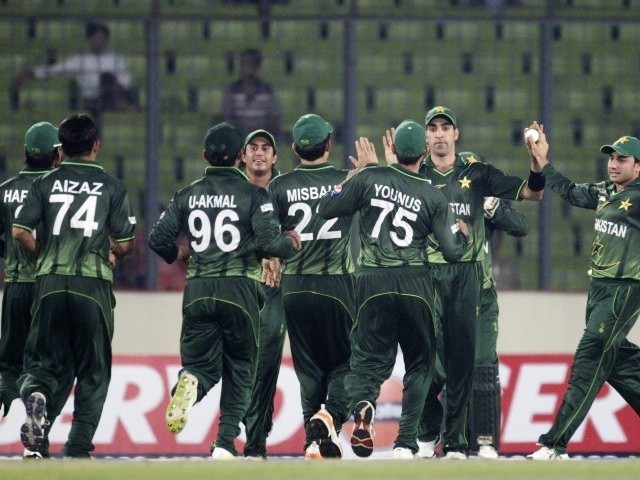 It was a ‘must-win’ match for India to reserve a seat in the final. They were more composed and willing to win. PHOTO: REUTERS

The match-fixing rumours started spreading after India’s victory over Pakistan in the Asia Cup match that took place on March 18, 2012. The match was played in its real essence – a typical Pakistan-India match that contained everything: high scores, long partnerships, centuries, nervousness, misfielding, bad shots, huge sixes, all round performance by the top performers of both the sides, two heroes, two villains from both sides, tense captains and a nerve-wracking experience that a match between arch-rivals usually instigates.

But still, they say, it was fixed and their reasons are:

There is absolutely no doubt that bookies influence the matches which are being played in South Asia. They have a special interest in the matches that are either played in India or with India. But it does not essentially mean that every single match between India and Pakistan is fixed.

There are a few very important reasons to support the point I am making here, such as:

So the well-deserved ‘pat-on-the-back’ should go to the Indian team, especially Kohli, but the real question here is: will Pakistan win the final?

Hopefully, having learnt their lesson right before the final, Pakistan will win. They should come up with a better strategy under Whatmore’s aggressive coaching. This time around their batting excelled, but they were unable to defend their score on the field, but fighters like Ajmal, Gul, Afridi, Hafeez and the talent like Cheema can change the face of the game in one spell at any point in the game.

As the skipper properly stated;

“I think our bowling has won us a lot of games. If you look at the performance in the last year and a half, they have done really well. It was a test against India, so such a day was possible.”

Our bowling attack will bounce back at the final and Pakistan will win the cup. Go green!

Correction: An earlier version of this post incorrectly stated that Sachin Tendulkar was nearing his 100th century in this match.