Rinkle’s conversion: A matter of free will? 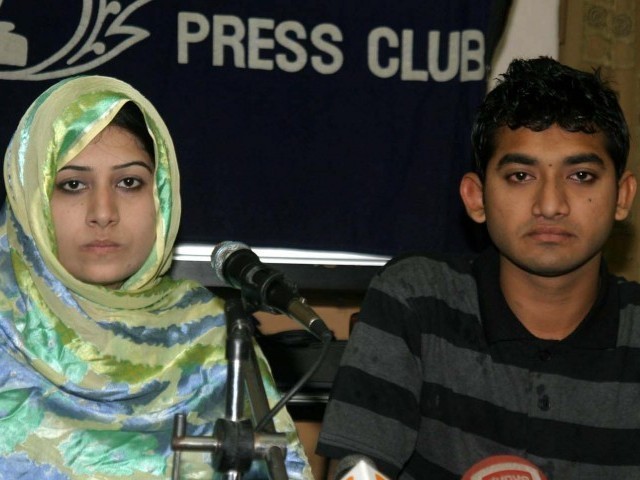 One has to wonder why Rinkle, now Faryal, felt the urge to immediately jump into marriage right after her conversion. PHOTO: NNI

I was born a Muslim, I was raised a Muslim, but I discovered Islam by my own choice. The same could be said for Rinkle Kumari who recently converted from Hinduism to Islam and now goes by the name Faryal. It could actually be said for anyone who chooses to switch their religion from the one they were introduced to as a child.

Faryal recited the kalma in front of the media and proclaimed that she, by her own choice, converted to Islam. Good enough. But one has to wonder why she felt the urge to immediately jump into marriage right after her conversion – a question which was also raised by Faryal’s parents. I would think changing one’s religion is a big enough step as it is.

Adding to my reservations about her motives for this change is that I don’t find many examples of women ‘choosing’ to be one way or the other; it is usually decided for them.

To clarify, I’m not generalising, I’m talking majority. In a society where some frown upon career-oriented women while others look down upon the ‘mere’ housewives, the freedom of choice is not a privilege, but a right earned. If you are brave enough to choose, be prepared that a lot of judgment will go around. Not to say that it’s gender specific, because if you’re a man working in the fashion industry, there are bound to be rumours about your sexuality floating about before your first design walks down the ramp.

So it’s not difficult to understand why Faryal’s family is not convinced that their daughter chose Islam and this is when I haven’t even gone into societal pressures on religious minorities.

But I’ll still give her statements the benefit of the doubt. As for the marriage right after accepting Islam, maybe she thought it’d be easier to face the backlash with a man by her side. After all in Pakistan’s society, irrespective of religion and no matter which wing you belong to, a man saves the day – you may now judge me for using this cliché.

The author is a senior sub-editor on the Karachi Desk at The Express Tribune.

Can rape be classified as 'big' or 'small'?