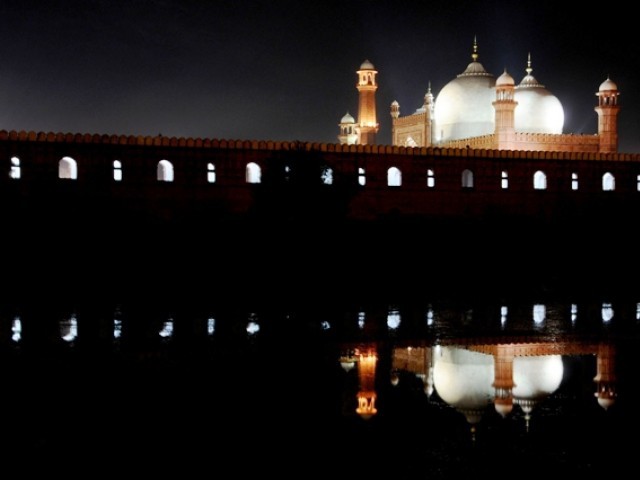 I am convinced that Lahore, being the cultural hub of the country, is one of the most beautiful cities of Pakistan. PHOTO: Tariq Hassan

After spending seven great days in Lahore, I am convinced that Lahore, being the cultural hub of the country, is one of the most beautiful cities of Pakistan. I applaud the chief minister of Punjab, who despite having a barrage of flaws in his governance, especially with regards to health, education and law and order sectors, has successfully been able to maintain the beauty of this city.

Unlike any other provincial government, the government of Punjab makes a conscious effort to give beautification the priority that it deserves by strictly adhering to a no-graffiti policy; hence we are greeted with beautiful and clean walls as seen in other civilised nations. This, however, is not true for Karachi, a city where there is more graffiti than there are walls.

The roads, despite being narrow, have managed to accommodate smooth traffic flow with strict traffic laws, all thanks to the Chaudhry brothers for setting a bench mark in the traffic management sector.

The difference between the two cities can be seen from the time of arrival at the respective airports.

In Karachi, when we get out of the airport premises, we are welcomed by huge billboards of Shahi Syed followed by the Sunni Tehreek, Pir Pagara and Sindhi nationalist leaders giving visitors a feel of the political environment in the city that overshadows beauty.

Lahore, on the other hand, has a more aesthetic appeal. The route back from the airport is covered with lush green and yellow mustard fields, shamelessly boasting the beauty and splendour they behold.

Although this is just one of the few good aspects of Lahore, one of the things that would be seen as most commendable by Karachiites, is the fact that a majority of homes in Lahore have low boundary walls around their houses, showing that they are very comfortable with their environment and do not feel threatened by any lack of security.

Karachiites, on the other hand, apart from installing top notch security systems in their houses, not only build high walls but further burglar proof it by setting up broken glass pieces or pointed iron on the rims of the walls to protect their homes from potential thieves.

Lahore is famous for its food street and the deliciousness it offers, evidencing the fondness with which the people of Lahore enjoy their food.

In this case, Karachiites are enthusiastic about food too, but they are more concerned about eating the ‘right kind’ of healthy food than consuming everything for the sake of eating, which is a trait I found amusing about the Lahoris.

Personally, I found Lahore to be too provincial, with a lot of focus on just the Punjabi language and a lot of Punjabi people; however, Karachi prides itself on giving a true cosmopolitan feel to the city. Karachiites speak in English, write in Urdu, think in Balochi and dream in Sindhi.

Perhaps, it would be appropriate to attribute the unity amongst Lahoris, to the fact that Punjabi is the only language, apart from English and Urdu, spoken in Lahore. Karachi, with its complex demographics allows everyone to do whatever they feel is right in the garb of “Karachi is for everyone”.

The people of Lahore love Mustafa Kamal, but hate the MQM although Karachi’s mainstream political party has managed to open offices in various cities of Punjab. They love MQM’s well-spoken work force, organisation and management. While some urban Punjabis do hold a soft corner for the MQM, the majority does not.

But the one trait in Lahoris that impressed me the most was their civic sense. You won’t see them spitting pan or gutka on the roads or elsewhere; you won’t see people littering; they are more conscious of their environment and make an effort to keep it clean and beautiful.

Another interesting thing I observed is that there were hardly any cab services running in Lahore. Initially, I thought that the fortunate city with the help of the chief minister of Punjab would be rich with yellow cabs but surprisingly enough, this was not the case. The chief minister, however, is passionate to resolve the transportation issues for Lahories by initiating various CNG bus programs etc, ignoring the fact that the city bears at least three days off for CNG.

Funnily enough, the curiosity between the lifestyle of Karachiites and Lahoris is very evident, especially  when Karachiites are shown around the city, the Lahoris boast their sky scrapers and shopping malls, all the while, subtly asking whether such things exist in Karachi or not. The cross province communication gap should be something that both cities work toward overcoming in the future.

In short, Karachi is a huge city trying to accommodate multiple cultures; it is fast-paced, pulsating and dynamic. But Lahore, including recent developments in the city’s infrastructure, prides itself on having safeguarded Pakistan’s rich culture and traditions, which may be lost to Karachiites but are reason enough for Lahore to be spoken about and visited.