The phone call I wish I had never received 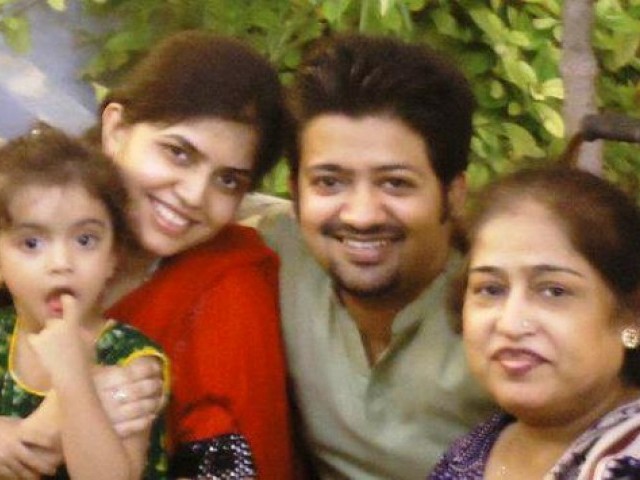 My parents loved me unconditionally and in return I wanted to give them the very best of life. PHOTO: OVAIS RIAZ

I don’t know whether this is the right time to write this blog or not, but I do hope that when people read it, it will help them make the right choice when faced with a situation similar to mine.

Exactly 16 months ago, I was standing in line with other confused Pakistanis – the lot who ask themselves the same question day and night: should we move abroad to greener pastures?

I am not trying to vindicate my actions by writing this; the truth is that it was a difficult decision for me. On the one hand, you think of your parents who are in their late 50’s, and on the other, you see a way of accomplishing all your dreams in the shape of a green card.

Being born to a family where I was the only son, trust me, the idea of going abroad brought to light a lot of responsibilities.

My intentions were not wrong; I belong to a middle class family, but I never felt deprived in any way because I was given everything I asked for. My parents loved me unconditionally and in return I wanted to give them the very best.

Not only did I want to shower them with tremendous love, but I also wanted to provide them with the most choicest of luxuries. To achieve this, either I could do something felonious, which would have made me a millionaire overnight, or I could start a business which would make me a business tycoon soon.

So the most sparkling option I was left with was moving to the US to pursue option B, since I wasn’t to keen on becoming a felon. The plan was simple; go to USA, work hard, make money, get a blue passport, apply to bring my parents and sister to the US and “live happily after”.

I didn’t realise then that no matter how much I planned, it wasn’t necessary that my plan would be executed as I desired.

I discussed my situation with a lot of sensible people, asking them for advice on what to do. The majority, including my parents, suggested that I move out since it was just a matter of under three years. Their judgement was based on only one factor; uncertainty. Uncertainty in the country, uncertainty of jobs, uncertainty of the political situation and the list went on.

Hence the decision was made. I moved to the US in 2010, along with my wife Mahwish and my daughter Eshal. God has always been kind to me;  things were not as tough as we expected. I had a fantastic start and began to settle very quickly. Along the way, I was also blessed with another little angel, Ellmyra.

However, there was still fear in my heart. I was constantly worried about my parents and my sister whom I had left back at home. I worried about them every waking second. I swear to God, whenever our phones rang, we used to simultaneously say:

(God have mercy, who is calling at this hour?)

I tried very hard to get rid of this fear, all along knowing that one day it will undoubtedly come true.

I consider that night as the darkest night of my life. It was 10:30 pm when my phone rang, an unknown number from Pakistan flashing on the screen. I picked it up and recognised my father’s voice on the other end right away.

(Is every thing okay, dad? It’s so late at night.)

When my father responded, he sounded like a broken man. His voice cracked as he uttered words I had never imagined I would hear; my worst fear was looking me right in the eye.

My dearest maa (mother), my lovely maa was not with us any more. (May God grant her a beautiful place in heaven, Ameen.)

That day I realised that the people I had approached for advice had mentioned a lot of things, but forgot the most important one; life is also uncertain, especially the life of your ageing parents.

I don’t know whether my decision to come here was right or wrong, but there is only one thing I want to say to people, regardless of whether they are living abroad or in Pakistan. Please take care of your parents, they are priceless and nobody can replace them.

Maa you haven’t gone anywhere. You are in my heart and always will be. One day I will live with you forever. I love you maa.