Religion or science: That is not the question 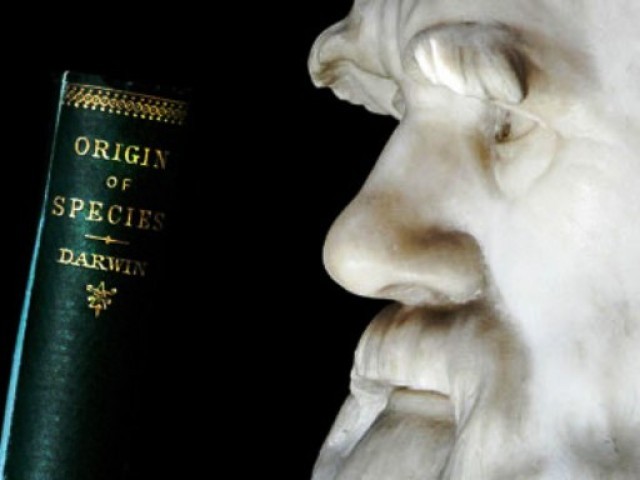 It is high time for us to have a society that does not intertwine science and religion, as both these subjects deal with different aspects of life and must be approached separately. PHOTO: AFP

Science is the study of nature and how it functions. The beauty of science is that when a theory is presented, scientists of that field do not immediately agree with the theoretical claims. Rather, they put the theory to intensive criticism and tests. In many cases, the theories are disproved on the basis of counter evidence or errors that are deduced. If the scientists are unable to produce counter evidence or sufficient flaws in the theory, then supportive evidence is analysed, keeping in mind that the plausibility of a theory depends on the number of supportive empirical evidences provided by researchers.

In contrast, religion is entirely based on dogmas, which in most cases cannot be denied, questioned, critiqued or revoked.

The real problem arises when religious scholars start claiming new scientific discoveries as something that had been ‘revealed’ to them thousands of years ago. However, this claim takes place only when the scientific discoveries are compatible with their held beliefs. If the new discoveries, regardless of their significance, are contradictory to their beliefs, the theory is out rightly opposed and most of the time its researchers are persecuted, banished, and shunned. For example, when Galileo supported the Copernican theory through his research and study, he was charged with heresy and was persecuted.  He was later forced to withdraw his support for the theory in exchange of a less harsh prison sentence.

From the time of Galileo’s death in 1641, it took the Catholic Church some 350 years until 1992 to acknowledge that Galileo was indeed correct in supporting the Copernican theory. For those 350 years, several generations were deliberately misinformed and their chances of researching and building on Galileo’s findings were greatly affected.

However, Islam in this case, does not seem to overtly counter science since the history of scientific advancements in medieval Arabia is evident of this. It was more of the religious followers; the clerics, the leaders who were at certain times against scientific and rational thought. This notion is also supported by many modern historians, such as E G Browne, George Sarton, Sayili, and scientists such as Dr. Neil deGrass Tyson. They have made this case by blaming famous medieval Muslim theologians, Al-Ghazali and Al-Ashari, for causing the decline of rational thought in Arabia.

However, the historians’ blame on theologians is not unjustified; al Ghazali in his book “The Decisive Criterion for Distinguishing Islam from Clandestine Unbelief” implied that in case of conflict between reason and revealed text, priority should be given to the former over the latter (al Ghazâlî 1961,195 = 2002, 112). Furthermore, while disputing with some of Avicenna’s (Bu Ali Sina) teachings, he added a fatwa at the end of another of his books, “Incoherence of the Philosophers”, declaring that everybody who teaches parts of Avicenna’s more controversial topics is an apostate and can be sentenced to death (al Ghazâlî 1997, 230).

Although it is true that al Ghazali’s fatwa was not the only cause of scientific decline in medieval Arabia, there were political and economical factors, as well. However, when it comes to following a fatwa, the followers take it seriously, especially if the fatwa is coming from an authoritative figure such as, Imam al Ghazali.

If anyone thinks that these things don’t happen in today’s day and age, they would be wrong, as more recently, there was a case of a British Imam’s attempt to reconcile the theory of evolution with Islam. The result of his attempt was catastrophic for him. He was stripped off of his Imamat, received death threats, was shunned from the community and, worst of all, he was called an apostate. All this happened because he claimed that the theory of evolution could be compatible with religion, but sadly he was not given a chance to explain his standpoint.

As we are aware, overwhelming evidence supports the theory of evolution; however, since it is deemed contradictory to religious beliefs, it is outrightly opposed. Another example would be the opposition to stem cell research, details of which cannot be elaborated in this small space.

I have only presented a few examples to show how religious arguments have interfered with scientific progress. History, however, is filled with instances which are detrimental to the progress of reason and rationality.

Can you imagine where we would be if there were no religious interferences in scientific progress?

It is high time for us to have a society that does not intertwine science and religion, as both these subjects deal with different aspects of life and must be approached separately.