Be kind to your teachers 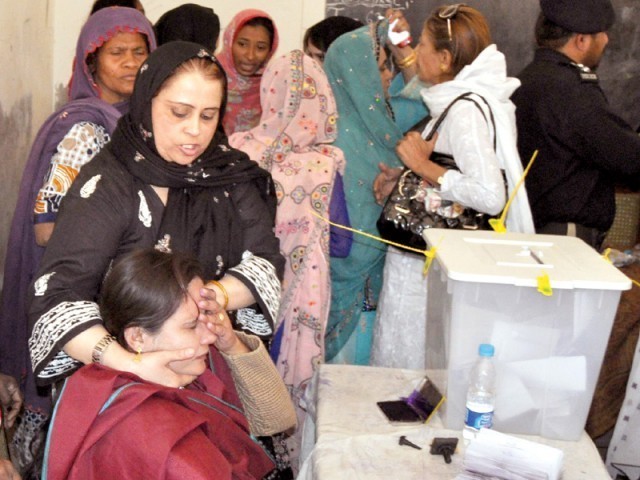 Habiba and Shagufta, both teachers, certainly deserve our respect. At least for me, they do. PHOTO: EXPRESS

I wonder if women are given presents on Women’s Day. Whatever the case, the Election Commission of Pakistan has definitely given Presiding Officer Habiba Memon and Assistant Presiding Officer Shagufta Memon the best Women’s Day present ever: restoration of their self-respect, which took a battering when Waheeda Shah slapped them during the by-elections recently in Tando Muhammad Khan.

I am really happy about the way things are finally changing for women in the country. First Maya Khan got sacked for unethical journalism, and now Shah, who has been disqualified by the Election Commission for two years. Too much of power can be bad for a person, and it certainly was the case with Waheeda Shah.

This is not just a lesson for any woman misusing her powers or failing to control her resentment. This is a message for all those who have ever disrespected a teacher. Habiba and Shagufta, both teachers, certainly deserve our respect. At least for me, they do.

The day this incident happened, I could not stop thinking about their students who must have watched their teachers being slapped in front of a hall full of people and which was then broadcast on television channels across the country.

I kept wondering how they would have reacted. I kept thinking about what their parents must have told them. I also conjectured the answers and the justification they would have given to their students, the next day or in days to come.

I recalled one incident in particular that a friend had told me. She was then working as a teacher at an elite private primary school. She was forced to write an apology letter to the father of a student whom she had stopped from going out to recess for abusing a classmate. Had she not signed the letter, she would have faced consequences from the father, a high court judge.

She eventually signed the letter, at the principal’s request, but later left the job. She said she felt humiliated, as one of the conditions was to say ‘sorry’ to the student as well.

When I was growing up my parents made sure that To Sir, With Love was one of the movies I saw during my summer vacations. I never got their point then, but now I do.