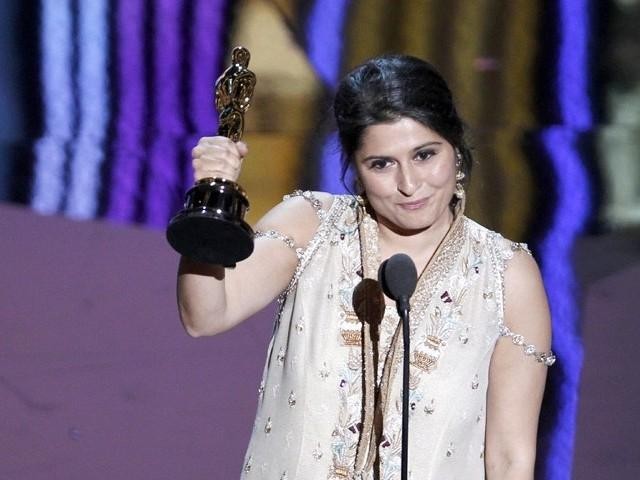 Was Sharmeen awarded the Oscar because she made a documentary that the US approved of? PHOTO: REUTERS

Pakistan’s first Oscar moment was momentous, to say the least. That one of our own was blessed enough to walk in front of the best of the best of the world cinema and claim her place within their ranks is a testament to the resolve of the Pakistani spirit, and an ovation to our limitless talent. At the same time it has been mired in the fact that it does portray a side that we would rather brush under the carpet.

There is some truth to both sides of the story.

To walk up and be awarded the golden statue, which has been awarded to cinematic greats like George Lucas, Steven Spielberg, Woody Allen, James Cameron, is a feat for which all of Pakistan should rightly give a standing ovation to Sharmeen Obaid-Chinoy.

But, has she been awarded just because she made a documentary that Uncle Sam approved of?

Some people definitely think that that is the reason. There is some history there as well with the Oscars at times awarded to those who present the US in a better light. For example, this happened in the case of Hurt Locker, which won at a time when there was Avatar.

The issue portrayed, sadly, remains an ugly reality of contemporary Pakistan. But there is of course, a silver lining to it as well. Saving Face, the documentary, one hopes, will spark greater awareness, and a sense of national admonishment over our despicable treatment of our wives, mothers, daughters and sisters.

In the end, the real success for a documentary is based in any tangible change that it brings to the target community. We can only hope that the cinema houses in Pakistan, which have only just rediscovered their impetus, put up Pakistan’s first Oscar winning documentary for viewing soon.