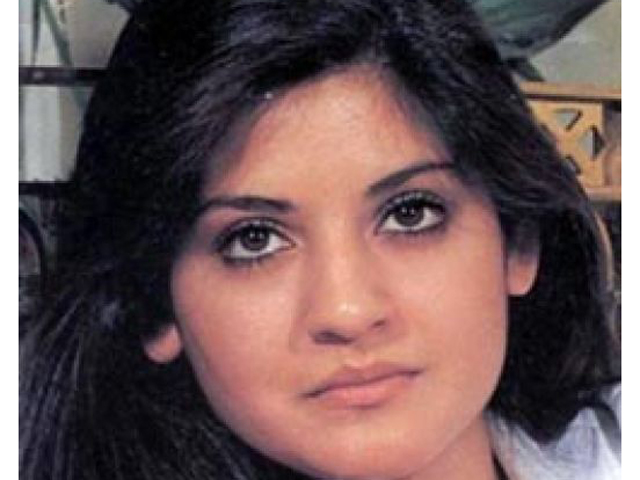 There are some who leave their footsteps behind in the shores of time, whose memory remains etched in the hearts and minds of people even years after their souls have departed: Those who are immortalised through the indelible mark they leave in a given field which becomes an inspiration for generations to come. Nazia Hassan was one such individual. Nazia’s contribution to Pakistani pop music is unparalleled in many ways. She can undoubtedly be touted as the pioneer of ‘pop music’ in the sub-continent.

At a time when Pakistani and Indian music was limited to ghazals, qawalis and film songs Nazia along with her brother Zoheb started the trend of disco style music blended with evocative lyrics. The distinct style of music which was new to the subcontinent was embraced by the public with open arms; the brother-sister duo had the nation tapping their feet to their infectious music. Nazia became a youth icon of the 80’s spreading the magic of her spell binding, voice and breath-taking good looks.

The kind of success Nazia achieved in her teens is one that every artist dreams of. At the tender age of 15 she lent her vocals to a song ‘Aap Jaisa Koi’ which bore testimony to the fact that Nazia was a force to reckon with. It earned her the prestigious Filmfare award for the best playback singer. The song which became a chartbuster was just the tip of the iceberg in terms of the success which awaited young Nazia.

Following the mega success of ‘Aap jaisa Koi’ she released her first pop music album in collaboration with her brother Zoheb Hassan and noted music director Biddu. The album became an instant hit, making Nazia  a household name. This was followed by ‘Boom Boom’ in 1982, ‘Young Tarang’ in 1984, ‘Hotline’ in 1987 and finally ‘Camera Camera’ in 1992. Her albums sold like hot cakes – not just in Pakistan and India – but their popularity spanned across Latin America, the Middle East and South East Asia.  Nazia was the first Pakistani singer whose song made its way into the British charts. The English rendition of ‘Disco Deewane’ called ‘Dreamer Deewane’ acquired immense popularity in the West. Her MTV style videos were lapped up by the masses as they relished the exotic visuals in songs such as ‘Aag’ and ‘Dum dum Dee’ with imaginative themes which were completely alien to Pakistani television.

An interesting fact about Nazia’s life is that music was a mere hobby for her as stated by her brother Zoheb Hassan. “Nazia’s true passion lay in social work’, said Zoheb in a recent interview, “Not many people know that Nazia gave away all the money she earned as royalties from her albums  to charity and did not keep a single penny for herself.’’

Nazia supported many charity organisations including the SOS Foundation and conducted welfare projects in Low Income areas of Karachi such as Layari where she helped set up a mobile clinic. She also assisted former information minister Javed Jabbar in raising funds for the children in Rajasthan.  Nazia’s charity work often centred around children whom she had great regard for. She collected toys from various schools to donate to poor children and gave talks on social awareness for the underprivileged.  Nazia’s charity work ,like her music was not just limited to her country. She supported the ‘Inner Wheel Club ‘of India and even continued her social work in New York with UNICEF.

In New York, she worked as a political analyst for the United Nations and became the UN’s cultural ambassador for Pakistan in 1991. Nazia’s strong academic credentials matched her command over music. She graduated with a distinction in business administration from Richmond University, London and later went on to study law from Lancaster College. She truly symbolized a well rounded multi-faceted personality who used her celebrity status to take substantive steps to help the downtrodden. Her last album ‘Camera Camera’ was part of a campaign against drugs called ‘Ban.”

The exemplary life of Pakistan’s only true pop diva was blemished by a terminal illness at the prime of her life in the form of cancer. The nation stood in disbelief as the much celebrated icon breathed her last on August 13, 2000.The symbol of grace and beauty with the voice of a nightingale died at the young age of 35. Though she isn’t among us, Nazia will always live on through her catchy music, novel voice and creative music videos which will continue to charm music lovers forever.

Ethnic divides, an end to the Quaid's vision