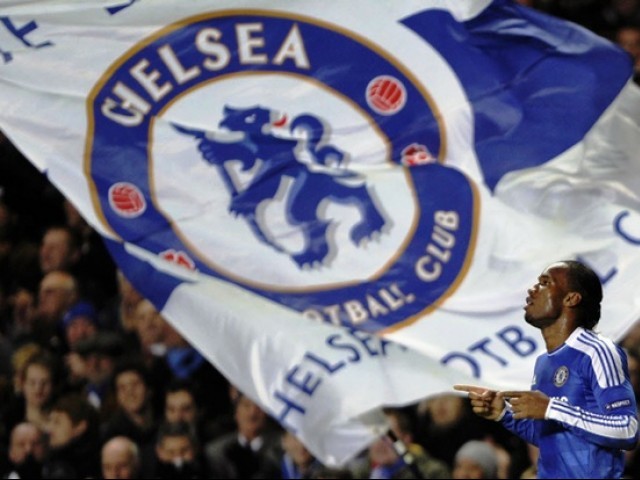 Can Chelsea bounce back from such turbulent changes? PHOTO: REUTERS

Unsurprisingly, the Chelsea Football Club (CFC) has sacked yet another manager; their eighth in the ninth season by, Russian billionaire, Roman Abramovich who owns the club.

To many who have been following the track of results, Andre Villas-Boas’ departure comes as little surprise. Rather, many figured it was more of a question of ‘when’, than ‘if’, the young Portuguese manager was shown the door.

But for the millions of Chelsea fans around the world, this is move will put forth more questions than answers. Was it his tactics, is player power really that strong in the dressing room, how do we arrest this slide now? More on that, another time when there is more news on the SW6 and elsewhere.

Some pundits have pointed out that the rot may be a lot deeper than anticipated. The club has undergone so many changes over the past many years; it is difficult to point a finger on what could really help stabilize the ship. What we can do, though, is to point out those whose departure left CFC worse for wear.

Here I will try and list ten people (in no particular order) who after leaving Chelsea in the past nine years may possibly have contributed to its current dismal state of affairs.

The assistant manager that the ‘Special One’, Jose Mourinho took on board when he accepted the Chelsea challenge. Promoted from the youth team to play deputy to Mourinho, Clarke helped CFC get their first league title in nearly 50 years. He went on to win another league title as well as an FA Cup and a league cup with CFC.

If John Terry was the backbone of an unstoppable Chelsea team on the pitch, Clarke was the backbone of the Chelsea back room staff. His departure after a turbulent 2007/08 season, which had seen Mourinho leave by ‘mutual consent’, came as a blow to many. Clarke was one of the reasons for a solid defensive record at Chelsea. A capable defender in his heydays, he was at the centre of making Stamford Bridge a fortress for Chelsea, where they did not lose 71 league home games.

Fast forward a few years, the Chelsea defence is in disarray. Leaking goals from all over! CFC has let in 16 goals in the last 10 minutes of the past 14 games, more than any other team.

The experienced Dutch coach spent only a short stint with the Blues after yet another manager was sacked midway through the season. He took over from Luiz Felippe Scolari, who very unsuccessfully tried to make Chelsea play that swashbuckling side like the Brazil national team Scolari had led to the 2002 World Cup.

Hiddink managed to take the side, still under heavy influence of Mourinho, and turn their season around. By the time Hiddink left the managerial hot seat for a more relaxed consultation role with the club, he had players eating out of his hand.

Having led a team, down to fourth to within a whisker of the title in three months, was no mean feat. His departure meant that Chelsea had to find someone else with whom the players would have to readjust.

In fact, his was a name considered to replace Villas-Boas with, till the Dutch signed on with another club. One of the few to have tamed the massive egos and purported player power at Chelsea he was able to get every player to give his everything, much like Mourinho, yet nothing alike.

The diminutive French midfielder was one of the first signings of Jose Mourinho, but one that would leave its mark not only on Chelsea, but also on world football.

Signed from Real Madrid, there were concerns on his advanced age. However, he used his massive experience in the middle of the park to shield the back four, break up attacks and provide the launching pad for counters on the opposition goal. His was an integral cog in a successful Chelsea machine; so successful in fact that his position was renamed after him, an honour rarer than the Ballon d’Or.

His departure in 2008 left a massive hole in the Chelsea set up, something, which the Club has as yet to successfully address.

Chelsea has had a history of keeping its ex-players deeply involved in the management. It also helps that some these were extremely successful at the club and more than competent at managing. Wilkins, like Clarke, and Gian Luca Vialli before him, was integral to making Chelsea tick on towards trophies.

Wilkins had been hired when Steve Clarke left. He helped Luiz Felippe Scolari, and took over for a match when the Brazilian was sacked. When Italian coach Carlo Ancelotti was brought on board, he retained Wilkins services as his deputy.

His unceremonious departure (as are most Chelsea staff exits) in November 2010 was shocking, most for Wilkins, and he admitted as much in a media interview. His departure coincided with a slide in Chelsea’s form and results.

In my view, his departure directly led to a downturn at Chelsea, ultimately leading to Ancelotti’s own departure from the club.

The Italian later wrote in his autobiography “Ray is one of those select few, always present, noble in spirit, a real blue-blood, Chelsea flows in his veins … without him we wouldn’t have won a thing.” And since Wilkins, Chelsea has not won anything of note.

The Italian came with a big reputation of winning the Champions league twice in five years, a trophy coveted by owner Roman Abramovich above all other titles.

Signing on in June 2009, he was the fourth permanent manager Chelsea had had in 21 months.

He put Chelsea to winning ways, securing a domestic double, the Premiership and the FA Cup in his first season for the Club.

A second season saw him win nothing, but managed to finish second behind Manchester United despite a troubled season. He was sacked less than two hours after his last game.

Chelsea’s failure to continue on the project and philosophy of yet another manager has scarred the club, with the players more or less thinking that they, perhaps, are the only permanent face that will turn up week after week at the training grounds of Cobham.

Ancelotti had promised hopes of stability, of winning ways, a hunger and desire to compete. All of this was taken away with his sacking.

Football is a team game. Those on the pitch may be the “business end” but they need another team off the pitch to make the club successful. Kenyon was Abramovich’s right hand man in running the club.

Having made some of the most high profile signings during his time at Manchester United, and making that club the second wealthiest club in the world, he was brought to Chelsea to emulate that, and to fulfill the owner’s wish of making CFC a galaxy of stars.

Over the course of next 5 years, Kenyon did that to relative success.

His departure coincided with UEFA putting in to motion a set of restrictions on the fiscal deficits of Clubs, and balancing the books. Without his proven marketing prowess, this could yet prove to be a difficult task.

Chelsea, though, have not stopped splashing the cash wherever and on whomever it may be needed, Fernando Torres is an example. Chelsea was dealt a blow in expanding their global reach and commercialization, the main purpose for which he was hired.

Henk Ten Cate spent a short time at Chelsea, but during that time, he was influential enough to take Chelsea to the Champions League Final.

Having helped a Frank Rijkaard led Barcelona team to Champions League and La Liga success, the Dutch managed Ajax for a while before Avram Grant brought him to Chelsea.

Working alongside Steve Clarke, Cate managed to give Chelsea a more attacking impetus, while maintaining its rock solid defence.

In the end, Chelsea came in second in the Premiership, and missed their first Champions League title by a slip on the rain soaked Moscow pitch.

While subsequent manager, Scolari, brought in his style of play, however, Chelsea lost the dominant possession, pass and attacking style of play that evolved in those few months.

The Portugese defender followed manager Jose Mourinho from the Champions League winning side Porto in 2004.

Though he struggled to adjust to the Premier League at first, he managed to build a fierce partnership with Captain John Terry.

His ability to get in great tackles, and blocking shots, easily won Chelsea many a match. Instances where many a head would boil over, he offered calm.

Since his departure to a Mourinho managed Real Madrid in 2010, Chelsea, and Terry in particular have struggled to build a consistent partnership at the back. Despite having the services of Serbian defender Branislav Ivanovich and Brazilian Alex (now at PSG), at no point has Chelsea’s defence looked more shaky than a partnership without either Carvalho or Terry in it.

Chelsea still struggles to find a defensive pairing as consistent and solid as the one with Carvalho.

They say knowing your enemy means you’ve won half the battle. This is what goalkeeping coach Silvino Louro offered to his charges, particularly Petr Cech at Chelsea.

Louro was brought over to Chelsea from Porto by Mourinho, and he immediately got to work on promising new keeper Cech, and keeper-in-waiting Carlo Cudicini

Before every game, he would sit with the ‘keepers and go over tapes of the opposition strikers – analyzing their every move, how they shoot, what they prefer when in certain situations. The result – Cech became one of the most formidable goalkeepers in the world, winning the Best Goalkeepers award offered by UEFA.

The loss of Louro was such that, Cech once in an interview after the coach’s departure, said that with the new coach abandoning the old method to train, he started following Louro’s methods in private to keep himself sharp.

In his first press conference for CFC, Mourinho called himself the ‘Special One’. He was to prove this over the next many years as he led Chelsea to two successive league titles, an FA cup and a league cup, before being unceremoniously removed via ‘mutual consent’ in September 2007. He went on to win a treble with Italian club Internazionale, before securing a move to football giants, Real Madrid.

Mourinho’s success was not just on the pitch. During his tenure, he won the approval and support of almost everyone at Stamford Bridge. So much so, that when on Sunday, manager Andre Villas-Boas, the fifth permanent manager since Mourinho, was sacked, the lingering thoughts of a team to set in the ways of the ‘Special One’, was touted as a prime reason.

Mourinho brought not only a way to play football, but a culture off the pitch as well. One, though, as time has proven, was destructive for almost any manager that came after he had left.

So strong is Mourinho’s imprint on Chelsea, that short of a complete squad overhaul, or a return, nothing would change the Blues’ Mou mentality.