Rahul fights for his destiny, not for the dynasty 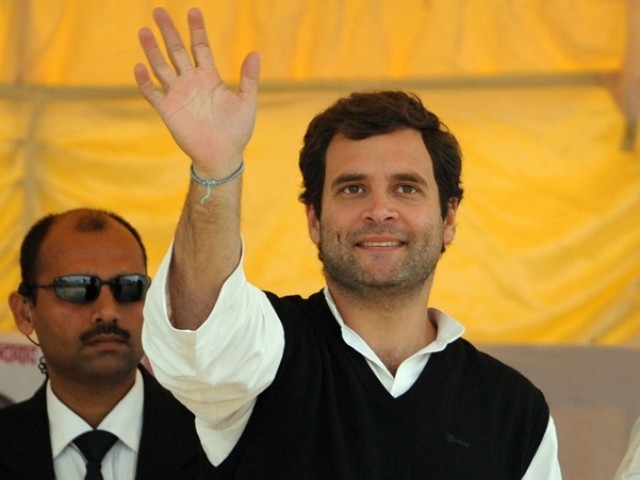 Rahul Gandhi’s entry into politics has happened at a time when the party has lost considerable hold over the masses. PHOTO: AFP/FILE

In William Shakespeare’s “Henry IV” the protagonist is the complex Prince Henry – the son of the king who keeps the audience baffled at all times. Sometimes the king himself is worried about his son’s future. His subjects were never sure what the prince (Hal)  stands for. He acts rebellious but does not reveal his intentions. However, Hal redeems himself on the battlefield by saving his father from the enemy and eventually shrugs off his bad reputation when he demonstrates his ability to govern in uncertain times.

In India, an icon of a dynasty is working to engage the masses and invoke their support; the dynasty might have given Rahul Gandhi an edge and attention that many don’t enjoy, but it has not given him the recognition, support and legitimacy that come with the support of the common people.

The young scion of India’s first political family, Rahul Gandhi, is redefining himself, creating a new narrative of political engagement to gain support from the people, which over the years has moved away from the grand old party of India, the Congress Party. If there is one individual who is discussed and debated about most, it is this 41-year-old politician.

Uttar Pradesh sends 80 seats to the Lower House of the Parliament and holds the key to power in New Delhi. The Congress has been in complete disarray in this crucial state for more than 20 years, giving space to regional parties and the right wing, Bhartiya Janata Party (BJP). Without a solid presence in the state, the Congress Party cannot think of having dominance over power at the centre. Not only in UP, the party is in bad shape in some other important Hindi belts like Bihar and Madhya Pradesh too.

Rahul Gandhi’s entry into politics has happened at a time when the party has lost considerable hold over the masses. He does not have the advantage that his predecessors had; Indira Gandhi, his grandmother, and the former prime minister, didn’t have the challenge to build the party when she became prime minister for the first time in 1966 –  she just needed the support of the party leaders to come to the helm. Similarly, Rajiv Gandhi became the premier without much struggle and inherited a strong party.

Rahul Gandhi does not have the luxury of certainty. He is living in a highly polarised society and polity is fragmented. If there is an assertive Hindutva group trying to divide people on religious lines, there are other regional parties which cater to different castes and community interests. In UP, the greatest challenge for the grand old party (GOP) is to counter the Bahujan Samaj Party (BSP) and Samajwadi Party (SP), the two main local parties which survived on the support of the historically underprivileged sections of society, who were the main bulwarks of the Congress Party two decades ago.

The charm of the dynasty and legacy of the family are not enough to win back the lost constituency.

In the new political context, Rahul Gandhi also understands that he has to go beyond dynastic instinct, he has to establish the connection that the party seems to have lost with the rise of the right-wing forces and caste-based regional groups.

Then, what can Rahul offer now? What are his options? Can he appeal to the rising middle class and the people who are still at the lower strata of the society?

Rahul seems to have, by and large, based his politics on a few major issues; the problem of the poor and the marginalised; and the farmers, the tribals or the Dalits.

His foray into the villages of the poor Dalits, spending a night in their homes, listening to their grievances, are all part of this strategy. In the ongoing Uttar Pradesh elections, the main agenda is to woo not only this segment of society but also to appeal to the Brahmins, the traditionally privileged class, that had  shifted their allegiance to the BJP in 1980s.

One of the reasons, for the Congress’ decline in Uttar Pradesh, has been the desertion of the Muslim minority  who were loyal to the party till the Babri Mosque episode. The largest minority in the country blames the party for playing soft on the issue despite being in power at that time.

In the last general elections in 2009, there has been a gradual shift of the minority towards the Congress. But the opinion in the community is also divided and the party is still not sure about the support of their traditional supporters, despite offering various socio-economic packages to the community. But one thing that is discernible is that the minority is again looking towards the Congress party as the best bet.

But what about the middle class, which is the by-product of the economic liberalisation that started in 1991? Rahul Gandhi’s silence, on some of the crucial economic reforms and pro-liberalisation measures, keep this large constituency confused.

But that does not mean the young leader is reticent and avoids taking a stand. Gone are the days when he used to read from a prepared script and hide behind senior leaders. The Harvard returned Gandhi has a changed persona and this is in full display in the UP elections, where he has developed a new way of communicating with the masses. He talks about transforming the lives of the people.

In a climate of cynicism, he has presented something of a forward-looking vision. Eschewing the staple language of caste-community equations, he has raised issues of development. In a party that had given up on the poor and the disadvantaged, he has brought back the language of social justice. The “Rahul factor” is about aligning his party with the changing mood of the times.

The Uttar Pradesh elections are a test for brand Rahul. The very fact that he has been setting the agenda for the election and dominating  all the political discourse in the country denotes that the party under the leadership of young Gandhi, is in for a long haul. Uttar Pradesh might disappoint him in terms of electoral numbers, but the buzz and the ground that he has prepared for the party in the state, will serve the organisation in the long term.

The battlefield in UP has helped Rahul Gandhi shrug off his image of a soft politician, not fit for rough and tumble modern day politics. Even his political opponents recognise this reality.