Trade with India, for a better Pakistan 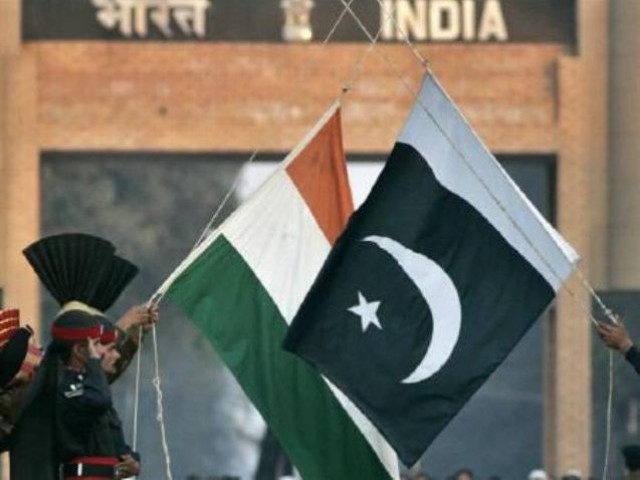 The economic future of 180 million Pakistanis is not worth sacrificing for the sake of the political aspirations of a fraction of the 12 million Kashmiris. PHOTO: REUTERS

If the choice facing Pakistan is abandoning its claims on the Indian side of Kashmir in exchange for free trade with India, then I see it as an automatic choice: the economic future of 180 million citizens of Pakistan is not worth sacrificing for the sake of some vague political aspirations of a fraction of the 12 million or so who live on the Indian side of Kashmir.

The hyper-nationalists that populate a surprisingly large segment of Pakistani cyberspace will no doubt argue that this is “selling Kashmir down the river”. Has anyone ever thought of the fairness of it all? Surely, Kashmiris on the Indian side of the Line of Control do not have the right to use all of Pakistan as a bargaining chip for whatever political grievances they may have with the government in New Delhi (no doubt many of them legitimate). And Pakistanis are being downright asinine for going along for the ride.

That $30 billion means jobs for millions of Pakistanis, a steady income streaming into hundreds of thousands of households and financial security for those families. That is millions of children going to school because their father and mother do not have to force them to work instead. That is a generation of Pakistanis growing up not fearing the world as being one gigantic conspiratorial mob out to get them but rather an opportunity waiting to be seized.

There is one seemingly legitimate argument that the nationalists make that I would like to refute and that is about the rivers. Pakistan does indeed get much of its river water from the Indian side of Kashmir. Yet one should also point out that the Indus Water Treaty has lasted for well over 50 years without any signs of breaking down. Indeed, during the first decade of the treaty, when India was meant to make compensation payments to Pakistan, New Delhi made payments less than a month after the end of the 1965 war.

That to me does not look like an enemy hell-bent on our destruction. We do not need to be paranoid about India. On the Kashmir front, we should let things slide.