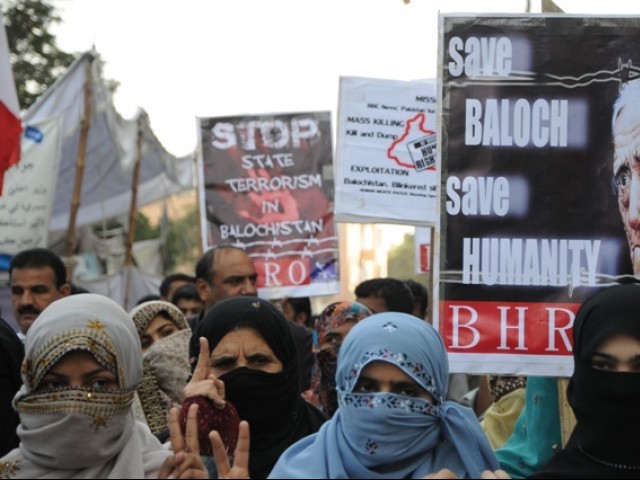 Our media needs to realise that it can play a big role in improving the grave situation in Balochistan. PHOTO: EXPRESS

When I visited Balochistan in 2009, my train to Quetta stopped at a station near Sibi for two hours. Desperate for something to quench my thirst, I was surprised to learn that there was no water – not at the station or even the village nearby. After some time, we came across a local selling muddy pond-water. We refused to drink it, and remained thirsty. My Baloch compatriot casually stated that the muddy water was what the majority of people in Balochistan drink.

Taken aback, I said that it was probably because our poor government did not have the funds to provide a water pipeline to remote areas. The man replied, “The same government that has funds for gas pipelines?”  Disturbed by his response, I was unable to give one back.

Balochistan may be the richest province of Pakistan in terms of natural resources but is also the poorest when it comes to the human development index. Why? If the prevalent feudal mindset of the province is to be blamed for its underdevelopment, are we going to just accept that the government has failed to remedy the situation in Balochistan? Will mere apologies do the job?

Approximately 14,600 people have gone missing in the last 10 years in the province, only their disfigured bodies found. Who killed them and why? For how long will this massacre continue? Who is Dr Shazia Khalid? Why was Mr Akbar Bugti killed?

There is a multitude of unanswered questions and pleas. These issues need to be discussed among the educated circles of the country. Pakistan is in for a rude awakening unless these problems are addressed appropriately. But who will wake us?

I think the responsibility now falls upon our media to give exposure to the human rights situation in Balochistan. Unfortunately, our media, like the government, has been negligent in putting this grave issue on the front line. It’s preoccupied with more sensationalised topics like the Memogate and judicial contempt cases. As a result, a large majority of our country is unaware of what is actually happening in Balochistan.

A survey conducted by the BBC shows that a number of people in Lahore do not even know the names of cities present in Balochistan, except perhaps Quetta and Gawadar. This, however, is an issue of ignorance, which is another matter.

Due to the government and media’s negligence towards Balochistan , many news channels in the province were shut down in protest a few days ago. Foreign news channels and human rights organisations have raised the Balochistan issue to the extent that it was discussed at a US Congress meeting.  However unfortunate it may be, our own media failed so badly in giving the issue any attention, that instead of being taken to Parliament, it had to be discussed at an international forum.  The trend today seems to be ‘an issue in the headlines is the issue to be addressed by policymakers.’

Our media should understand that it can play a big role in this grave situation. It has always been easy to blame RAW and CIA for our issues; but with media awareness, our people can understand that it’s not RAW or CIA who are responsible for the misery of the Baloch people – we are.

Pakistan needs to become aware of the needs and demands of the Baloch. The deteriorating law and order situation, the use of force against the Baloch, the poor education and health facilities, lack of clean drinking water, poverty and unemployment need to be highlighted by our channels. With a call to find a political situation to the crisis, Balochistan needs to be a part of news bulletins, too.

A graduate from Quaid-i-Azam University, Islamabad.