Is Gilani’s indictment good for democracy? 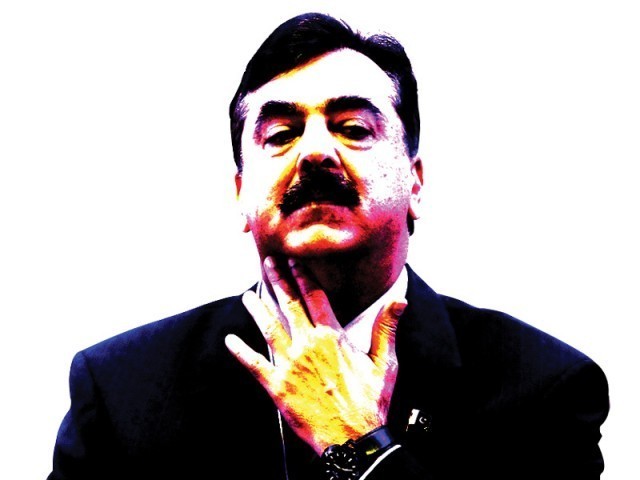 SC charges PM with contempt, gives him till Feb 27 to submit defence; next hearing on Feb 22 . DESIGN: FAIZAN DAWOOD

With the news that the Pakistani Supreme Court, in a widely expected hearing, indicted Prime Minister Gilani yesterday morning, it is becoming increasingly clear that the two national institutions, the judiciary and the civilian government, are headed for a full-on collision.

Despite statements over the weekend, where the Prime Minister seemed resigned to losing office, there is little indication that a resignation from the PPP stalwart is coming any time soon. If Gilani is indeed destined to cede power, it will likely come at the behest of the Chief Justice Chaudhry and his court. As chaotic and unpleasant as the entire circumstance has been, this is an exercise in the democratic process, albeit not a perfect one, and should the exercise be completed in the full spirit of the law, Pakistan will be better for it.

But the exercise is coming perilously close to one party usurping and exerting power in a counterproductive way. Undoubtedly, it is the judiciary that comes from a position of strength in this conflict, as it has the authority to subpoena, indict, charge, and convict anyone in the country, and as it has shown, its scope includes leaders of the civilian government as well as more clandestine operatives such as the ISI. With that scope and authority, the courts have a responsibility to ensure that their branch of government does not also become a harbinger of distrust and unfairness. For starters, Monday’s indictment came as no surprise to anybody, as the Prime Minister’s appeal against the contempt charges were denied just days earlier by essentially the same judicial body. To demand the genuine trust and credibility of Pakistanis, the court needs to have a system of checks on their own powers. Creating a separate court of appeals, or a similar body that is excluded from a conflict of interest, would be a good starting point. There are simply too many opportunities for the opponents of the courts to politicize the judiciary. More so, for the long-term betterment of the democratic process, eliminating conflicts of interest from the judicial branch is a must.

It is hard to imagine that Gilani and his government come unscathed from this confrontation. If the court does not convict Gilani, it will be only because the Prime Minister will have preemptively given in to the demands. Either way, the reputation and standing of the government will be scathed, and the PPP’s critics of the courts will come out in condemnation of Chaudhry and company. The court has already been condemned to being labeled as “politically motivated”, and such attacks will only continue to intensify by proponents of the government. Despite the politicization, the country needs a strong judicial system, and it needs a court that does not back down from taking on traditionally powerful institutions, such as the civilian government or the ISI – so long as its legal challenges are merited.

Pakistanis have a long and detailed history of being let down by their political institutions. Credibility and perception, therefore, are paramount in how the courts pursue their cases. While the Chief Justice Chaudhry is a popular figure in Pakistan today, the efforts to demonize him by his opponents can certainly bare fruit. Give it enough time, and they will. The democratic process is contingent upon successfully holding accountable any and all transgressors of the constitution. This court has bravely strived to do that. But it is critical that the courts refrain from becoming perceived as political institutions with conflicts of interest; something that will only accomplish by building more checks and balances into the judiciary itself.

Is a writer who currently lives in Cambridge, Massachusetts. His work has appeared on the Huffington Post and Foreign Policy's AfPak Channel. He tweets @AzizNayani

Forget the arms race, we have bigger problems!