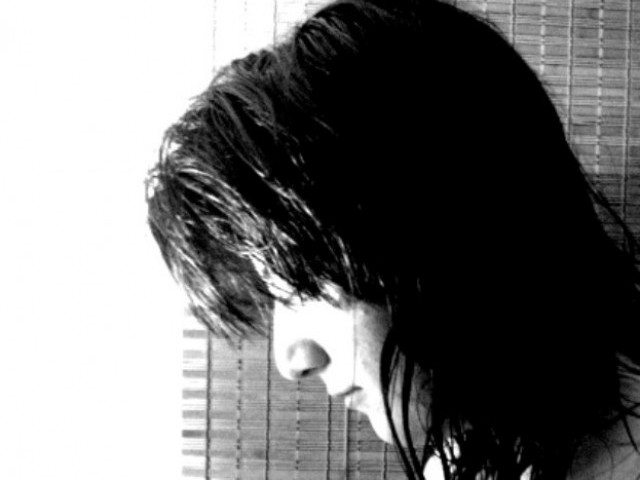 I feel that telling my husband will make the problem worse. I feel like it will ruin our relationship and complicate matters for the family business.

It didn’t take much time for me to spill my heart out. My secret had become too much to bear. I needed someone, anyone, to hear the anguish I had hidden for so many years. I sat on a chair facing the psychotherapist, my face tense, my hands trembling. As I revealed my deepest and darkest secret, I burst into tears.

My story is not new to the therapist. Sexual harassment is common even among the rich. A perfectly made-up face and bright smile camouflage secrets that I had refused to face for a long time. Between heart-wrenching sobs, I started.

I live in a joint family with my in-laws. I married young, a common occurrence in our society. Soon after my marriage, I was subjected to mental and sexual abuse by my brother-in-law. When no one was around, he made suggestive remarks, sexual advances and sent me inappropriate messages. He was a happily married man and at first it seemed he was just trying to be funny and indulging in some harmless flirting. Soon, I realised that he has every intention of crossing the line.  Attempts of physical contact have been made. He has threatened to rape me and I feel his eyes following me whenever I step out of my room.

With time, the abuse gained momentum and frequency, throwing me in the grips of fear, depression and low self-esteem. My constant refusal to his advances made him pursue me with greater intensity. I became extremely insecure. It changed my personality.

My husband is a weak human being who cannot stand up to his brother. Telling my husband will make the problem worse. I feel like it will ruin our relationship and complicate matters for the family business.

Since we live in the same house, I have to go through the abuse every day. I am scared every time I come home. Fear and helplessness engulf me like a nightmare that doesn’t end. Escape is not an option. I didn’t trust anyone enough to confide in them, so I just kept going through it. I kept denying it, lying to myself that nothing was happening. There came a point where I was so emotionally and mentally weak, I had to get help. I went to a therapist. After an hour long session, I felt better. I regained a little bit of confidence, but I had to go home to that house where the horrors take place. I still live this nightmare…

Sexual abuse is a taboo subject in Pakistan. The minute you say sexual abuse, your audience becomes silent and uncomfortable. Part of the blame can fall on the media which has provoked all kinds of filthy desires in people. Restrictions implemented on children may also result in such problems. Karachi-based psychiatrist Sheila Ali says:

In Pakistan, the primary problem for women facing issues of sexual abuse and harassment is that there is no governing body for them to seek refuge with or help from. The fact that sexual abuse is a punishable crime in most countries other than ours is reason for its prevalence in our society at every level of the social strata.  Additionally, in most cases of sexual abuse, the perpetrator is a close family member. This makes it ‘impossible’ for the victim to speak out, for fear of being excommunicated from the family, or worse for not being believed.

Each victim of sexual abuse believes they are responsible for the abuse, that they may have unknowingly encouraged the abuser; these feelings of guilt plague the victim, cause depression, suicidal ideation, anxiety disorders, et cetera. It is crucial to seek support through psychotherapy to gain strength and perspective on the issue and work toward its resolution.  It is an emotional baggage that can be put to ease only through some moral support which an expert can provide. Mostly the victims describe their feelings as ‘haunted’.

We usually hear that rape and sexual assault occur in poor communities. Very few have been brave enough to discuss incidents that take place in respectable and affluent homes. So many women go through the insecurity and live in dangerous environments. Victims who speak out are labeled shameless and impudent. There are many girls who experience abuse and vulgar treatments by their own family members or at their workplace. Although it is an act of great valour to speak out, sometimes such girls end up staying silent forever. Because of social pressure and joint family arrangements, they are never allowed speak out.

Many years back, a Bollywood movie called “Monsoon Wedding”  gained success because it touched a topic that has seldom been discussed in our society. The young woman, who had been molested by her own uncle as a child, took years to say what she had been through. She got the courage to speak up only because she felt that if she did not reveal her secret this time, another little cousin would become the victim of her uncle’s filthy desires.

Verbal or physical harassment by uncles, teachers, family members or friends all have perilous endings. They have a tremendous effect on the psychological state of the victim. Abusers lack empathy and have no care for others; they get carried away with their selfish temptations. You cannot expect them to stop. One psychologist told me:

“An abuser cannot be fixed and never can. It’s always the victim who has to strictly stop others from destroying one’s individuality and set limits for one’s self respect”.

This is only one story, thousands can be added to it. Sorrowfully, not much can be done for the victims, until and unless they stop feeling sorry for themselves.

It is sad that victims hold back because they fear they might be blamed face trouble. Often, victims find themselves trapped. They cannot reveal their secret without breaking up family ties or creating a rift between the families. Their abusers know this and along with the sexual harassment, there is emotional blackmail.

Though physical scars heal, psychological damage is almost irreversible. It has damaged my personality and taken an unimaginable toll on me.

A teacher who lives in Karachi.