Dawkins made it to my sociology class 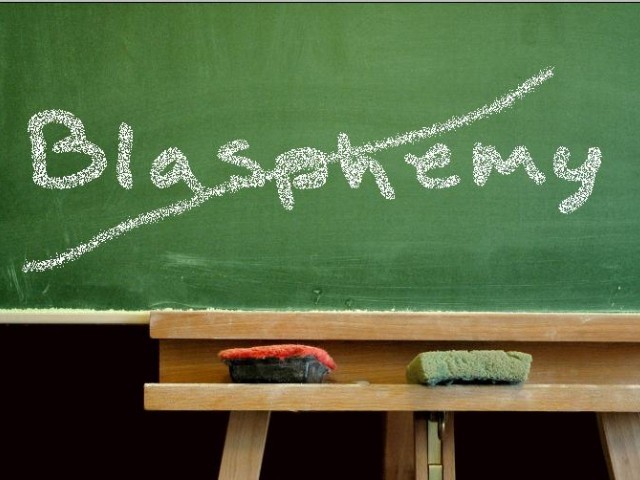 Growing up in a society that discouraged asking too many questions, I often wondered what it is about modern western education that the conservative right is so scared of.

Reading the news and following politics on television and online has helped me understand how our policy makers think and what issues matter to our general public.

If you have done the same, you will know that every effort to modernise our educational system and make it more culturally and religiously neutral has met with stern resistance from political, religious and other factions of the society. But one day, while sitting in class, I finally had an epiphany of sorts.

What happened was unbelievable.

A Pakistani undergraduate class was shown a Richard Dawkins documentary in a sociology course. Now, for some of you who don’t know Richard Dawkins, he is a prominent atheist scholar and an active opponent to organised religion. Although his book is available at a few book stores, showing it to students as part of their learning process has to be an unprecedented incident in our academic history.

To put things in perspective, I’d like to just point out that we live in a country where a female minister, Zille Huma Usman, was killed because a lunatic thought the idea of women ruling  is not prescribed by Allah; a country where Salmaan Taseer and Shahbaz Bhatti were killed for speaking against the blasphemy law, January 4 is celebrated as “Mumtaz Qadri day” and Ahmadi students are shunned out of school for their beliefs.

So, showing a Richard Dawkins documentary which ascribes religion as the root cause of all evil is simply overwhelming. Now, whether one agrees with what Mr Dawkins believes (or rather disbelieves) is an entirely different debate. But for a Pakistani teacher to be able to show his class something this controversial is a gigantic step in itself.

We all have different views on religion and most don’t agree with Dawkins. But what’s worth noticing is not that students were shown something that was sacrilegious, it is something else. It is not about Dawkins at all.

This is about the freedom and tolerance that our society and educational system has lost or rather, never had. It’s about people being empowered to ask questions about centuries old religious and cultural dogmas and to challenge the relevance of medieval practices in the 21st century.

This is where that documentary comes in. It allows us to think out of the comfortable narrative that has been concocted for us by the state and its right-wing allies. Watching it allows us to digest opinions wildly diverse from ours and still give them their due consideration and appreciation. This is what made me happy.

The path to our renaissance is difficult and dangerous but it is these little steps that make a difference. Little things like the incident when a black woman, Rosa Parks, refused to sit at the back of a bus and became the symbol of the civil rights movement; like when a group of middle class women called the Suffragettes asked why they didn’t have the right to vote (now the term suffrage literally means the right to vote). I know we are light years away from achieving our goal of a pluralist society but the abovementioned struggles took decades too, so not all hope is lost.

The role of modern, non-partisan education in all this is critical. It’s the first step, for it prepares the mind for the battle ahead. It gives you the ability to take in different views and not shout “blasphemy” or “heresy”.

It allows you to analyse situations rationally without emotions or religious indoctrination clouding your judgment. And maybe this is why no one in the class left in disgust or started an argument with the teacher about their religious sensibilities being disturbed.

This is exactly what the clergy of this country is afraid of; the power of neutral education to marginalise fixed religious views.

I have no doubt that eventually it will happen. It has to happen. The only question is, will we be around to witness it?