Of laptops, marriages and Nawaz Sharif 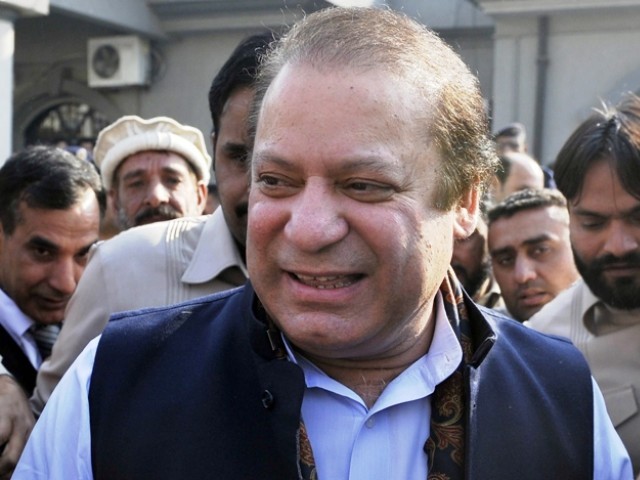 Prison is not a cup-of-tea for those who are used to of living in palaces, mansions and estates (Raiwind). PHOTO: MUHAMMAD JAVED

For sometime now, I am really concerned about the recent claims by Nawaz Sharif that only his political party can save the country and solve all political, internal and security crisis. He also stated that 20 precious years of both his life and the country’s progress have been wasted by external and internal enemies and had he remained in power, he would have made Pakistan an Asian Tiger.

Apparently, truth is more powerful than falsehood and often time becomes a catalyst to prove it. I am talking about a man whose choices (of both words and decisions) have proven to be detrimental to his own political progress and created a lot of problems for his party’s followers and leaders.

The decision to choose self-exile (to a holy land where tyrants and leaders hated by their nations find refuge) over prison still haunts him like Freddy Krueger. His competitor chose otherwise and became a winner (president). But then prison is not a cup-of-tea for those who are used to of living in palaces, mansions and estates (Raiwind).

So he preferred Sarwar Palace in uptown Jeddah, the hosting of Saudi Arabia’s Royal Family, a fleet of four Mercedes Benz cars and partnership offers to start businesses in the kingdom that resulted in a private Steel Mill, a chain of huge departmental stores and a shopping mall. But he made a mistake.

For all the above, he signed a document that bound him against pursuing politics in Pakistan and coming back to the country for 10 years. There came another mistake. He did not keep his part of the promise, and came back to Pakistan in eight. The Arab friends were displeased and sent their intelligence chief who waved the contract in front of the media and later released it unofficially. Explanations were offered but it was too late. He was proven to be a man who does not keep his word to the best of his friends who help him in the most difficult times.

Getting tired from his ‘dictator’ rhetoric, a smart enemy uploaded a video on the internet from a very old rally where he referred to the late General Ziaul Haq as his mohsin (well-wisher), and adding ‘Rehmatullah allay’ after the dictator’s name.  Before it was realised, the damage was done. Regrets were offered immediately, to no use.

It was painful when one of the key senior leaders from his party, a baghi, stood one day on the National Assembly floor and said that he must apologise to the nation for going in self exile to avoid prison. But unlike other times when statements are passed first and denials are offered later, this leader remained unshaken and defiantly stood by it. It came within the party ranks this time. Unfortunately, there was simply no end to his misery. There was too much dirty laundry to hide and with the media revolution in our country, life became difficult.

It was the nephew who recently created headline news. A woman came forward claiming that she is the wife of his nephew who is the political heir apparent. She just wanted to be legally recognised as the wife. A media circus followed. The political opponents practically adopted her and vowed to fight until she gets justice.

First, complete denial and dirty allegations were sent her way by the political brethren. Then, she was arrested, detained and abused by the police. And when it was about to spin out of control, I don’t know why, both the woman and the nephew completely disappeared from the scene. Apparently, this is a time when politics is boiling hot and every Tom, Dick and Harry are making live television space. But the nephew is missing. I fail to understand.

Why the gentleman’s disappearance from his beloved country is coincidental when dengue engulfs the whole of Punjab, on the final hearing day of Raymond Davis’ case, when Mansoor Ijaz refuses to come to Pakistan to give his testimony in the Memo Case, when scores die in Punjab due to substandard medicines, I don’t understand.

I am appalled at the leader of Pakistan’s second biggest political party, a two-term prime minister, an educated, experienced and travelled person who thinks distributing laptops to college and university students on the expense of people’s tax money will bring an education revolution in the country.

I am shocked that he thinks he and his party will be the harbingers of democracy in our country when four of the top 10 posts in his party belong to his family and his younger brother will likely remain number two eternally.

I don’t have any expectations from a party that struggles for democracy but is titled after the first name of its leader.

A corporate communications professional and co-founder of a Karachi based NGO.

A dummy's guide to corruption